Genting Hong Kong's Lim and Chua resign the NCLH board 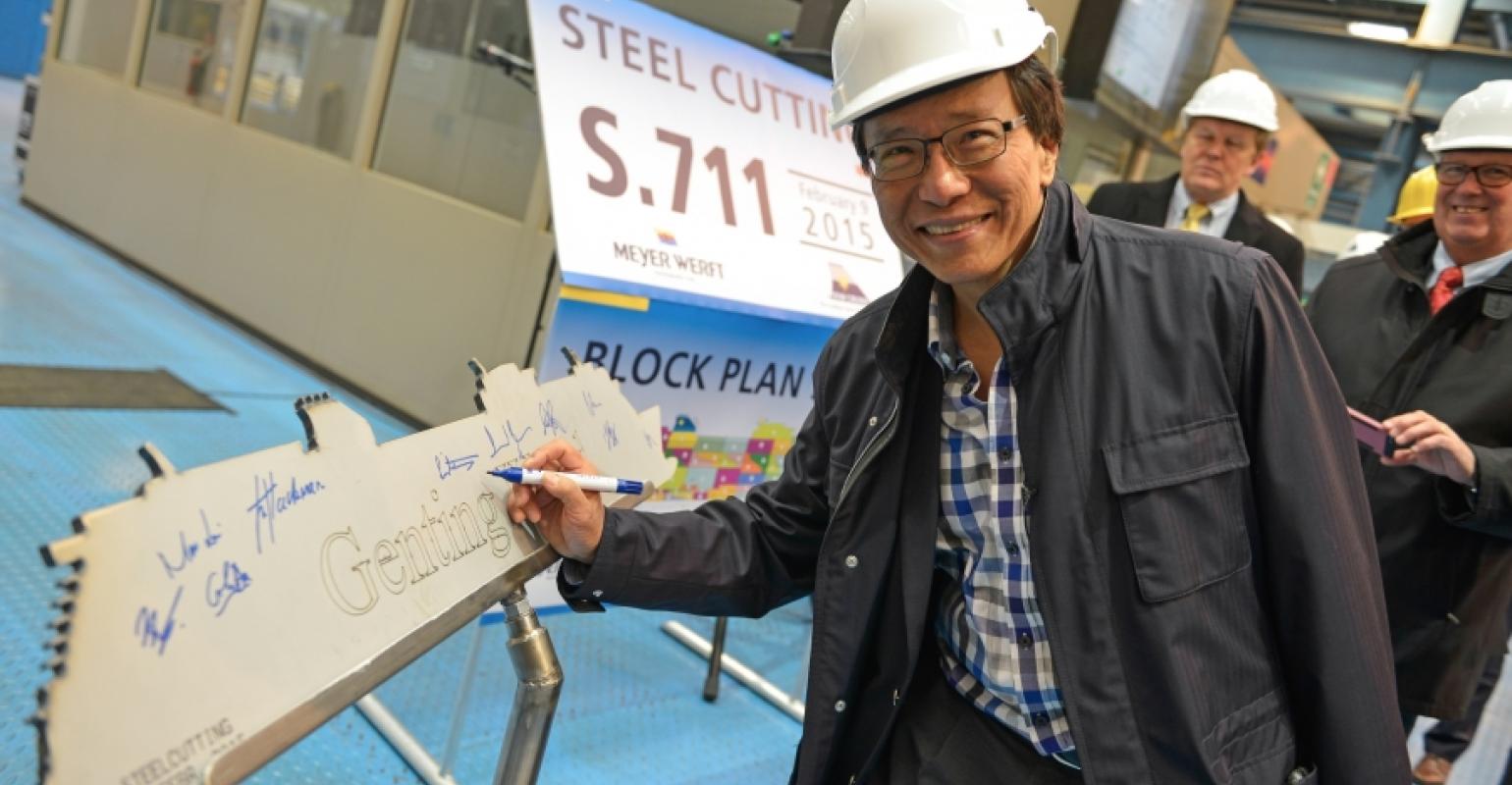 KT Lim had chaired the Norwegian board for years. He is pictured at the February steel cutting for Star Cruises' newbuild, Genting World
The two Genting Hong Kong directors on Norwegian Cruise Line Holdings' board, including its chairman, Tan Sri KT Lim, have resigned, effective immediately.

The other departing director is David Chua, who left the presidency of Genting HK in July 2014, with effect from Jan. 2 this year after taking sabbatical leave and annual leave during his six months' notice period. Lim has been serving as acting president, in addition to chairman and ceo of Genting HK, since last July.

Genting HK said it has nominated two replacement directors who are expected to be appointed in due course. According to a filing, the resignations did not involve a disagreement with NCLH on any matter relating to operations, policies or practices.

The news came on a day when Genting HK announced it is acquiring Crystal Cruises.

Lim had chaired the NCLH board for years, and Genting HK remains the largest company's shareholder with a 25% stake. Apollo Management holds a 24% share, while TPG Capital has 7%.