Gonzalo tracking for Bermuda but cruise ships not scheduled until after 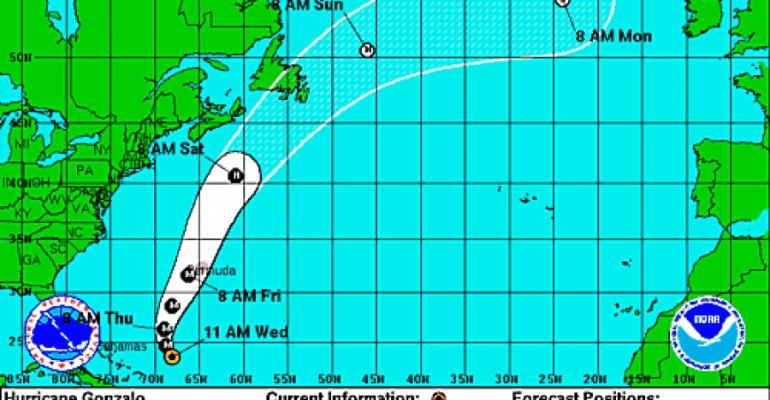 The timing means no changes, so far, for Norwegian Cruise Line and Royal Caribbean International itineraries.

Norwegian Dawn is due to sail from Boston on Friday, with arrival at the Royal Naval Dockyard's King's Wharf late Sunday morning.

'We are carefully monitoring the storm but Norwegian Dawn is currently sailing as scheduled,' a Norwegian Cruise Line spokeswoman said.

Explorer of the Seas' next Bermuda cruise from Bayonne, N.J.'s Cape Liberty is scheduled to sail Saturday. The ship isn't due at King's Wharf until Oct. 20.

'We haven't made any modifications to that sailing yet,' a Royal Caribbean spokeswoman said.