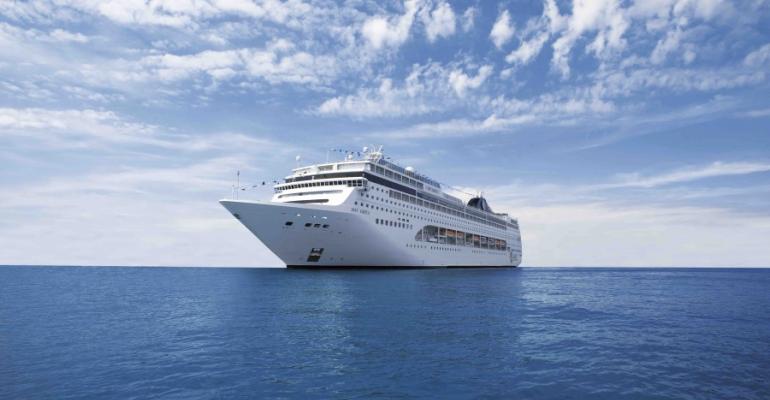 MSC Lirica is set to be extended and updated in the company's Renaissance Program this autumn (Photo: MSC Cruises)

MSC Cruises outlined its first sailing to China, with the newly renovated MSC Lirica calling at Shanghai on May 1. The 65,000gt ship will make the company’s maiden call in China after a 60-night 'grand voyage' departing from Rio de Janeiro March 3.

'We are delighted to once more be able to offer our guests a brand new itinerary—from Brazil to China via Europe—which offers the chance to visit some of the most appealing places on earth, certainly across a huge array of people and cultures,' MSC Cruises ceo Gianni Onorato said.

The 'grand voyage' from Rio to Shanghai is offered in three segments, and in addition to Rio, passengers can embark in Genoa for a 41-night version or Dubai for a 26-night cruise.

MSC Cruises did not disclose deployment for the ship after it reaches Shanghai. Could this pave the way for the line's long-awaited move into the booming China market?

Before setting sail, MSC Lirica will be fully renovated and enlarged under MSC Cruises’ Renaissance Program, which entails a comprehensive overhaul due to be completed this November.

After embarking in Rio on March 3, the 'grand voyage' will skirt Brazil's coast with calls at Buzios, Salvador, Maceio and Fortaleza. The course continues across the Atlantic to the Canary Islands for a stop at Santa Cruz de Tenerife before reaching the mainland at Cadiz, Spain.

From there, MSC Lirica will visit Barcelona, Marseille and Genoa—with passengers allowed to embark from any of the three cities as the ship heads eastward.

After Genoa, MSC Lirica will call at Naples and Heraklion (Crete) before heading south to Aqaba (Jordan), Muscat (Oman) and Khor Al Fakhan and Dubai (UAE). The ship will overnight in Dubai and embark passengers there for the last leg of the voyage via India's Goa and Cochin, Colombo (Sri Lanka), Phuket (Thailand) and Penang and Port Kelang (Malaysia). Following an overnight in Singapore, the cruise continues to Ho Chi Minh City (Vietnam) then Hong Kong.

Shanghai is the next call, for an overnight stay, before MSC Lirica crosses to Japan's Fukuoka then returns to Shanghai on May 1.