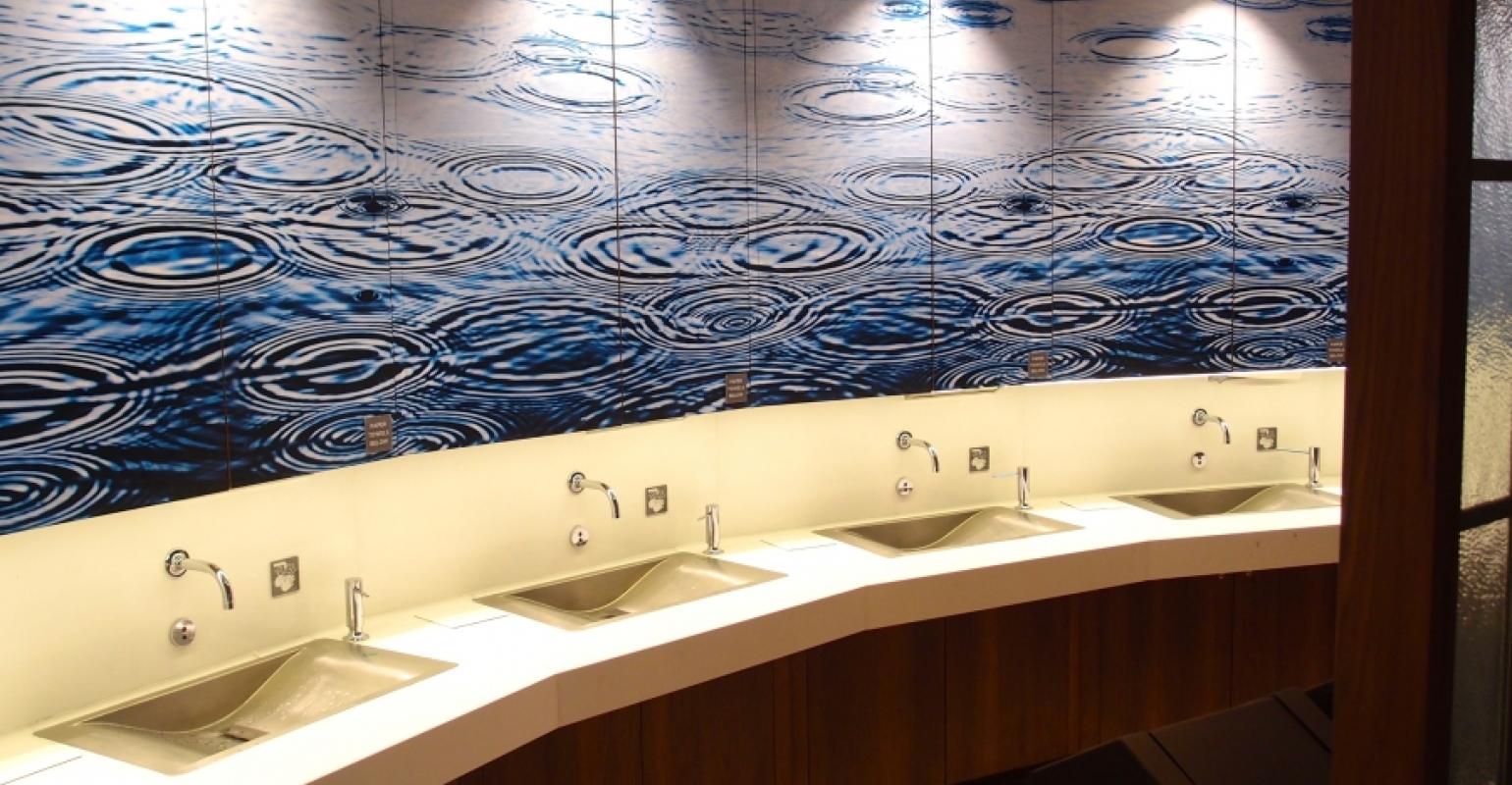 On Quantum of the Seas, a peppy animated video short with a catchy score reminds cruisers to wash their hands frequently, in the interest of public health. The video has been airing on other Royal Caribbean International, Celebrity Cruises and Azamara Club Cruises ships for several months.

Cruisers on Quantum—and other new ships like Regal Princess—can lather up with soap and water before visiting the buffet.

'On Quantum we have more than one hand-washing sink per 100 seats. As usual, we went above and beyond the VSP requirements,' a Royal Caribbean spokeswoman said. The attractively designed hand-washing areas flank the entrance to the Windjammer Marketplace.

Otherwise, before entering the buffet or other food service areas, cruisers can use hand sanitizer from automatic dispensers with encouragement from strategically positioned crew members. This, of course, is nothing new on cruise ships.

The 'Wash Your Hands' video, though, goes above and beyond. It's aired at muster stations following the passenger lifeboat drill as a 'whimsical, fun way to remind guests,' according to Lisa Lutoff-Perlo, evp operations for Royal Caribbean International. This is particularly important on sailings from Bayonne, N.J., she added, because stomach bugs tend to be more prevalent during cold weather.

Recognizing that people are on vacation, Royal Caribbean designed the video to be entertaining—and it is. Sometimes passengers clap or sing along.