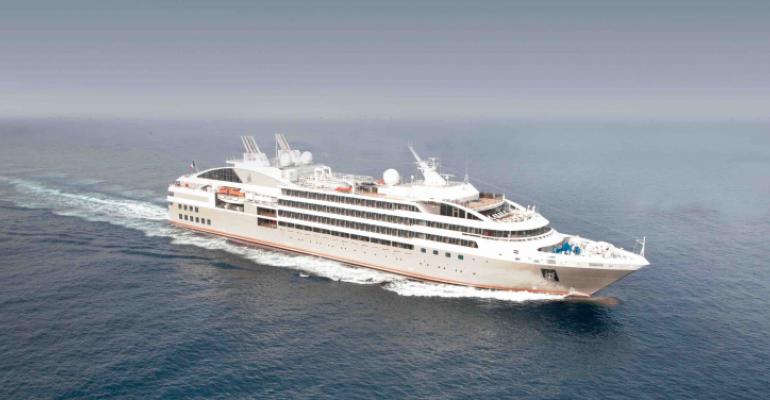 The decision was taken by the French company on Sept. 3 on the advice of the Canadian Coast Guard.

'There has not been so much ice there since 2004,' Ponant's Hervé Bellaïche, deputy general director and chief sales & marketing officer, told Seatrade Cruise News.

Ponant first successfully navigated the Northwest Passage in 2013 and had completed the expedition six times until this year.

When Le Boréal arrived at the entrance to Bellot Strait, a key landmark of the itinerary, ice had dramatically narrowed the historically treacherous channel.

'Only the weather and the ice rule'

'This is when we decided to make Le Boréal turn around,' Bellaïche said. 'So did Le Soléal, which followed the same route. Vital for us are our passengers' safety and respect for the environment, and we often quote a Greenlandic saying: “Only the weather and the ice rule."'

Both 132-cabin ships carried mainly American and Australian passengers and had left Kangerlussuaq, Greenland, on Aug. 20 and Aug. 27, respectively.

Cruises ending in Greenland, not Alaska

Changing course, Le Boréal and Le Soléal continued with exploration sailing in the Arctic and are on the way to Kangerlussuaq instead of concluding their cruises in northern Alaska. Bellaiche said the ships would be back Sept. 10 and Sept. 18, respectively.

'We have been in touch with all travel agents. Ponant and its partners are dealing with the logistical and airline impacts. We're working intensively on solving any problems,' Bellaiche added.

Both ships are going to transit the Panama Canal to the Pacific Ocean in order resume their schedules. Le Boréal's next cruise is set for Oct. 4 from Honolulu and Le Soléal's is Oct. 9 from San Diego.