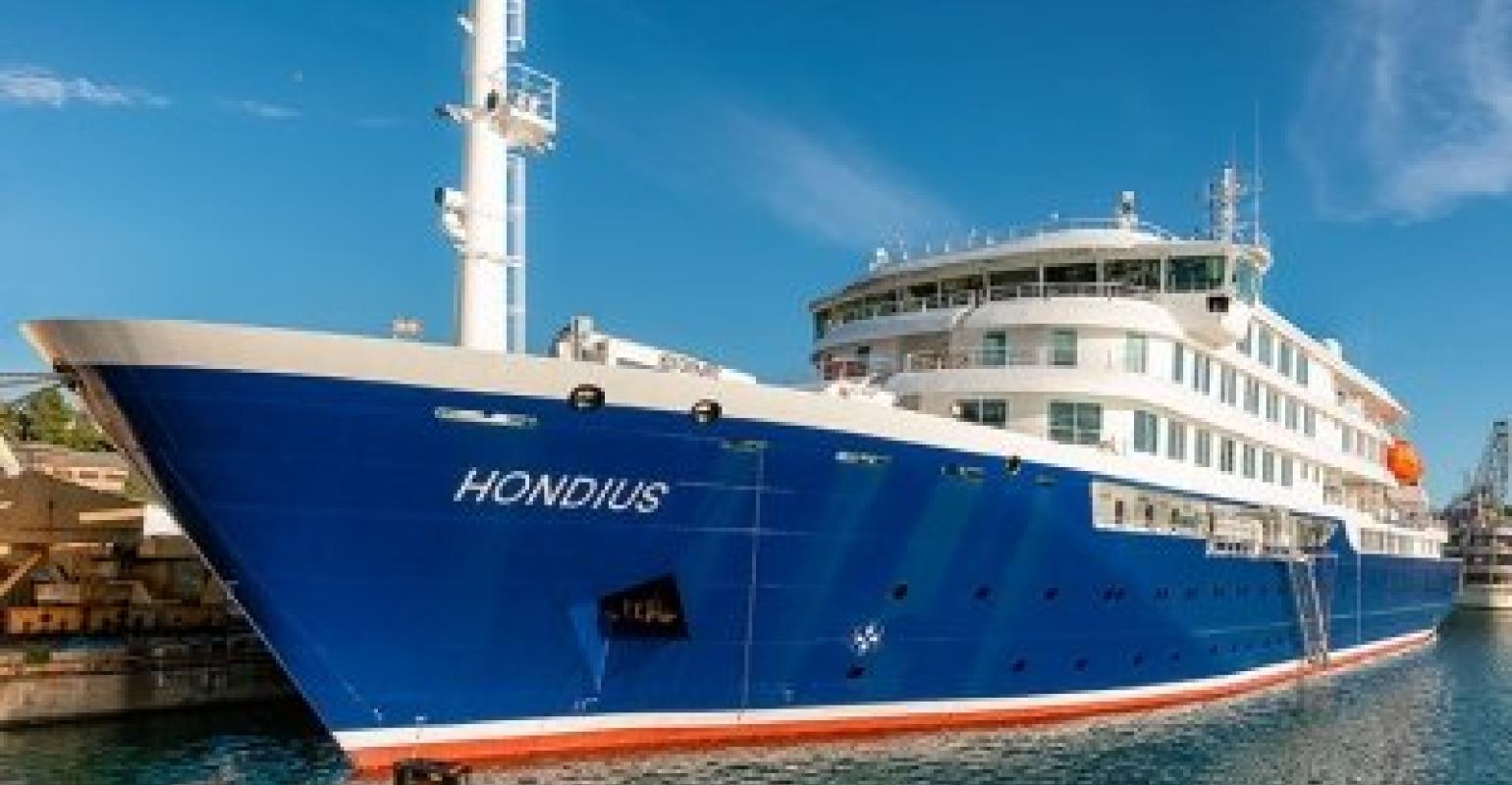 Hondius is scheduled to set off on its maiden Arctic voyage June 3 PHOTO: Oceanwide Expeditions

Oceanwide Expeditions’ 180-passenger newbuild Hondius is scheduled to leave Brodosplit shipyard in Croatia on Thursday, and reposition to Vlissingen, Netherlands.

From there on June 3 the polar expedition vessel will make its maiden Arctic voyage to Svalbard's Spitsbergen, with calls at Aberdeen, Fair Isle and Jan Mayen.

A video clip showing the interiors of Hondius is here.

Oceanwide Expeditions has advised a second newbuild could be on the horizon, with details to follow shortly.

‘We are thinking of a second newbuild polar vessel, but very much focusing on finalising the construction of Hondius at the moment,' Franklin Braeckman, marketing manager, Oceanwide Expeditions, told Seatrade Cruise News.