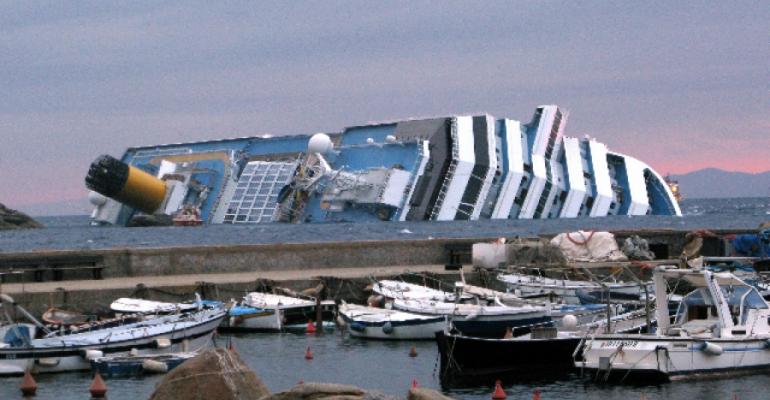 When Costa Concordia grounded one year ago, 32 people died and a big, modern ship was declared a total loss. This mind-boggling event triggered wide-ranging changes, from 10 new safety policies to the unification of nine key industry groups into a global Cruise Lines International Association.

‘The Concordia tragedy has provoked even greater scrutiny of the industry than previously existed from regulatory agencies such as the IMO, flag and port state regulators and legislative bodies including the US Congress,’ said Robert Kritzman, an attorney with Fowler White Burnett in Miami.

‘New safety procedures have already been implemented both upon the industry’s own initiative and by regulators,’ he added. ‘However, further regulations will be discussed and implemented for some time due to the incident.’

A mandatory passenger muster drill prior to departure from port, which has been taking place on the ships of all CLIA member lines since shortly after the accident, is expected to become part of the SOLAS Convention. If adopted at the IMO’s next Maritime Safety Committee session in June, the amendment could enter force at the end of 2014.

As Kritzman predicts, there is more to come.

At this week’s fire protection subcommittee session, IMO Secretary-General Koji Sekimizu stressed the significance of the subcommittee’s work on updating the evacuation analysis for new and existing passenger ships, ‘taking into account that the attention of the world’s maritime community and the public is focused on additional safety measures for passenger ships after the Costa Concordia accident.’

The secretary-general noted that matters related to evacuation as an effective measure of ensuring passengers’ safety are part of the IMO’s Marine Safety Committee’s long-term work program on passenger ship safety, as agreed by MSC 90.

From another perspective, the Costa Concordia grounding impacted navigation procedures around the coast of Italy, the world’s No. 1 cruise destination by passenger visits since 2010.

In Venice, for example, new local ordinances stemming from the so-called ‘No Salute’ decree issued by the Italian government shortly after the ship went down include navigation restrictions and extra safety procedures. Increases in the required sailing distance between ships in various areas of the Venice lagoon and the mandated use of two tugboats and two pilots for ships larger than 40,000gt are among those.

Emergency preparation and response in destinations has been an outcome, too.

From the Caribbean standpoint, Costa Concordia has ‘certainly brought into question our ability as destinations to respond to such events,’ said William Tatham, vp cruise shipping and marina operations for the Port Authority of Jamaica. ‘It has certainly ensured that we now give thought to such possibilities.’

Another change Tatham pegged on the capsize is the consolidation of those groups and associations that represent the industry, with CLIA, the UK’s Passenger Shipping Association and others coming together in one global body. Tatham thinks that unification has the potential to help the destinations ‘as it narrows the channels of communication and ensures a consistency of message.’

Also, in his view there will be further refinement in future cruise vessel design, forcing ports to examine their ability to accommodate the next generation of ships. That said, Tatham believes any design changes affecting ports will be clearly communicated thanks to the consolidation of the industry associations.

In still other Costa Concordia-related fallout, attorney Kritzman said insurance costs have been impacted by the incident and underwriters will continue to analyze the risks of insuring large passenger ships.

From a sales perspective, demand for cruises fell sharply in the immediate aftermath of the grounding, and though market conditions gradually improved, Carnival Corp. & plc chief Micky Arison called the past year ‘the most challenging in our company’s history.’

Yet from one major retail group’s perspective, 12 months after the capsize, ‘as far as business goes, the Costa Concordia has been a non-issue,’ in the words of Michelle Fee, ceo and co-founder of Cruise Planners, the home-based travel agent network of more than 800 franchise owners across the US.

‘Yes, we saw a few weeks in early 2012 where travelers, mostly new to cruising, didn’t book. However, one year later, it never comes up in a conversation,’ Fee said.

She thinks that for the most part, travelers view Costa Concordia as an anomaly.

‘Something like that hasn’t happened since the Titanic, over 100 years ago,’ Fee said. ‘Cruising was, and still is, one of the safest modes of travel.’