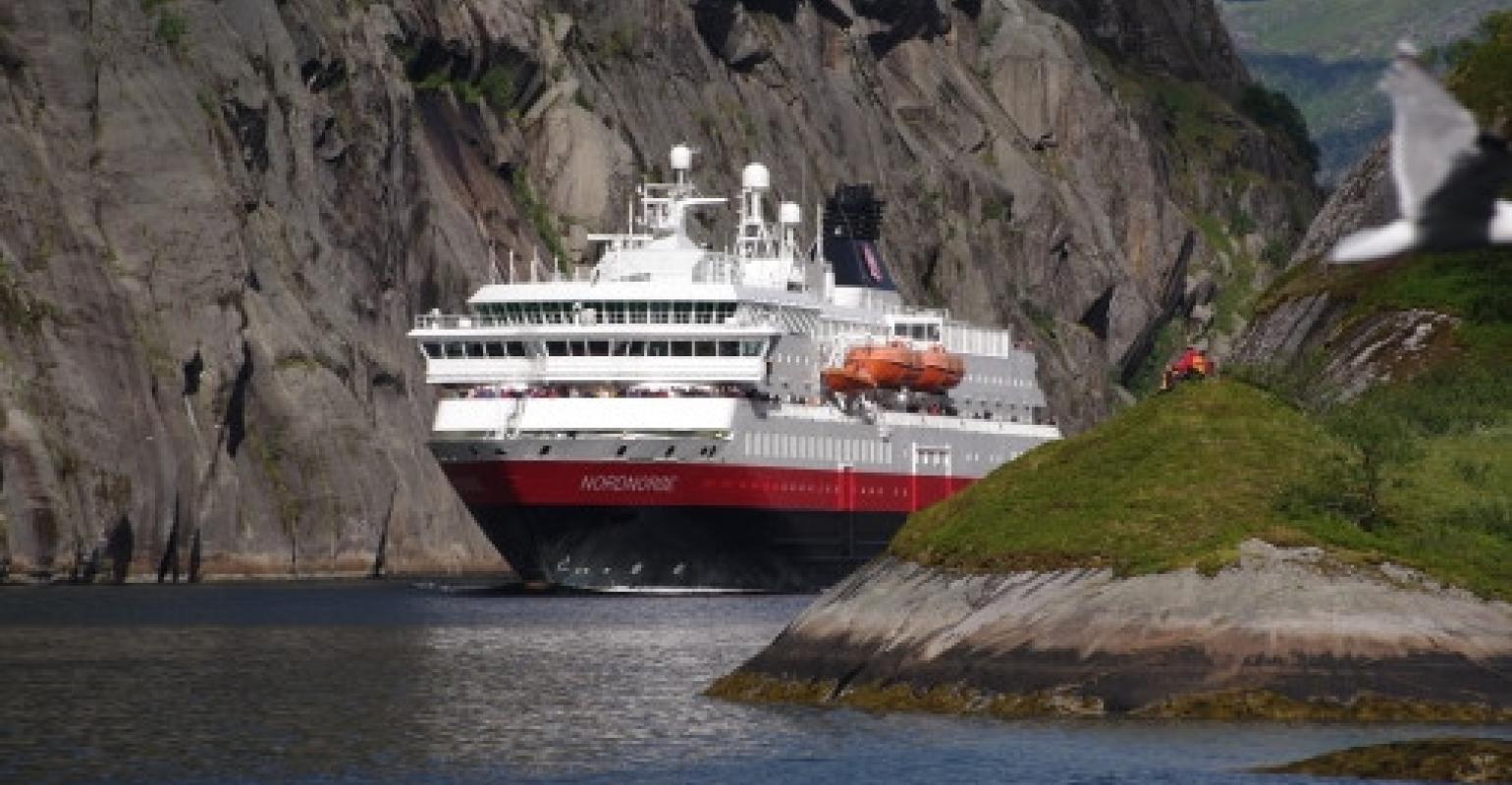 Renewable biogas is a clean source of energy, and considered the most eco-friendly fuel currently available, according to Hurtigruten. Biogas is already used as fuel in small parts of the transport sector, especially in buses. Norway, which has large fishery and forestry sectors that produce a steady volume of organic waste, has an opportunity to become world leader in biogas production.

'While competitors are running on cheap, polluting heavy fuel oil, our ships will literally be powered by nature. Biogas is the greenest fuel in shipping, and will be a huge advantage for the environment,' Hurtigruten CEO Daniel Skjeldam said. 'We would love other cruise companies to follow.'

'Hurtigruten's decision to use biogas/LBG from organic waste is the kind of operational solution we aim for,' said Frederic Hauge, founder and general manager of the Oslo-based NGO Bellona Foundation. 'The waste is refined into fossil-free energy. This solution also eliminates the emissions of sulfur, NOx and particles.'

Hauge called Hurtigruten a 'symbol of how to put responsibility into action. They have taken several important steps to improve their climate and environmental performance. Now they introduce the use of renewables in the cruise industry and that gives us hope for a change of pace in finding sustainable solutions.'

Hurtigruten is building the world’s first battery-hybrid powered cruise ship, Roald Amundsen, at Kleven Verft. It's scheduled to be introduced in 2019, followed by Fridtjof Nansen in 2020 and an unnamed sister vessel in 2021.

The company is also starting a large-scale project to replace traditional diesel propulsion with battery packs and gas engines on several Hurtigruten ships.

In addition to LNG, these ships will be the world's first cruise vessels to run on liquified biogas.

'This is just the beginning,' Skjeldam said, adding that 'sustainability will be a key driver for the new era of shipping and the travel industry. Hurtigruten’s unmatched investments in green technology and innovation set a new standard for the whole industry to follow. Our ultimate goal is to operate our ships completely emission-free.'