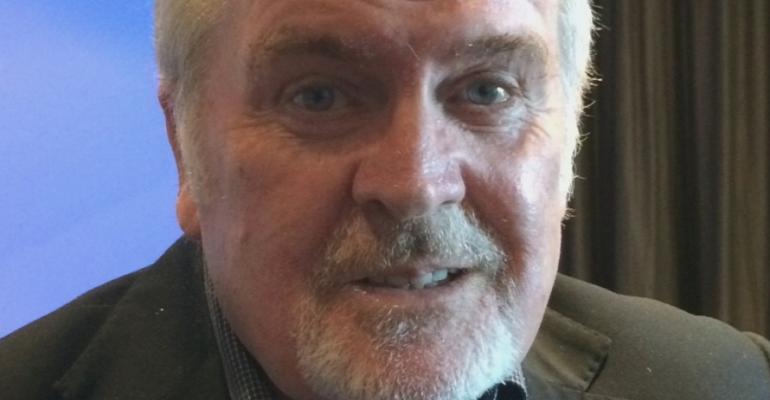 'I have enjoyed being part of the global cruise industry'

Terry Toohey, who put the Isle of Man on the cruise map throughout a 30-year career working to promote the island's tourism appeal, has retired.

The Durban-born marketeer arrived in Douglas from his native South Africa in 1986 to take up the role of chief execuitve of the Isle of Man Tourism and Transport Department, a post he held for 18 years.

His most recent job has been cruise consultant at Neptumar (IOM),  employed by the Isle of Man Dept of Economic Development and established as a one- stop shop for the island's cruise business.

In 1992, the Isle of Man, located in the Irish Sea between England and Ireland, had two cruise ship calls, reflected Toohey in an interview with Seatrade Cruise News. This year, 19 shios will visit and in 2017 the number booked is 29.

In 1993, Isle of Man, represented by Toohey, joined Cruise Europe and has been a member port ever since.

Toohey, a graduate of the University of Natal (Bachelor of Economics, Honours) spent the early part of his career as a graduate trainee with Union Castle and then became PR manager in his home town of Durban.  From there he moved to the hotel sector in Cape Town before heading back to Durban where he became executive director of tourism for Durban and run the Durban Tattoo and also Durban Expo 85 which attraced over 1.5m visitors.

He then moved to the Isle of Man with his wife and family where he has resided ever since. Following his public service career Toohey has been providing cruise consultancy services for Cumbria Tourism, Isle of Man Tourism and Neptumar and also had a three year contract with the Cruise Indian Ocean Association as its director of cruise development.

A marketing man through and through Toohey was chair of Cruise Europe's marketing committee for 15 years in the 1990s/2000's and witnessed a growth period for North European cruising. He was invited to attend the most recent annual meeting of Cruise Europe in Dublin where his contribution to the association's development was recognised publicly by chairman, Michael McCarthy.

'I am so proud of the strength of Cruise Europe which today numbers over a 100 ports from 29 countries located from Northern Norway down to Lisbon on the Atlantic coast,' he said. 'It's a village of like-minded people within the global cruise industry and I have enjoyed being part of it.'

'It is with a heavy heart that I am bowing out of the association and the Isle of Man's cruise development,' Toohey commented.

However he is far from leaving the cruise sector behind as Toohey is a regular contributer of cruise features to Sea Breezes shipping magazine. He is looking forward to spending more time in his garden, cataloging his collection of ocean liner memorabilia and ephemera, walking the dogs and 'maintaining links with the friends I have met in the fascinating cruise sector.'