Jaenichen confirmed as US maritime administrator 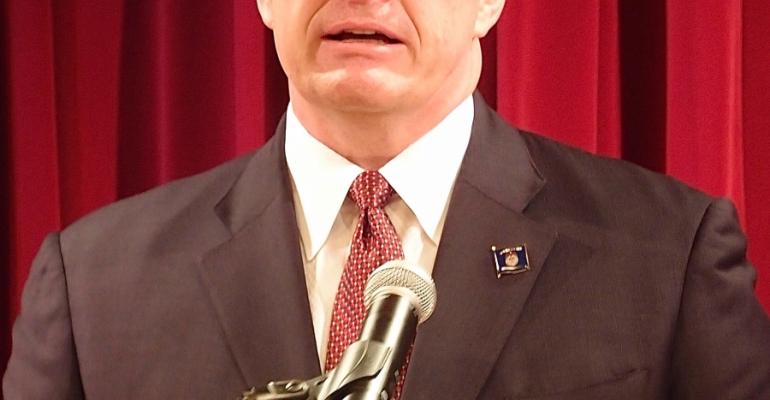 Jaenichen speaking at American Empress inugural in May

Paul 'Chip' Jaenichen was confirmed as maritime administrator of the US Maritime Administration after serving as acting administrator since David Matsuda resigned in 2013.

Jaenichen has been with MARAD since July 2012 when he was appointed deputy maritime administrator by President Obama.

Capt. Jaenichen was a career naval officer, retiring after serving 30 years as a nuclear-trained submarine officer in the US Navy. His final assignment was as deputy chief of legislative affairs for the Department of the Navy from October 2010 to April 2012.

Jaenichen was among the US officials who played a role in the recent return to service of the paddlewheeler American Empress, now operating in the Pacific Northwest for American Queen Steamboat Co.

At the boat's inaugural festivities in Portland, Ore., in May, Janeichen said putting American Empress back on the rivers created two dozen US mariner jobs and scores more staff positions. A new generation of Americans would be able to experience the 'proud paddlewheeler tradition' and river towns would gain economic activity, he added.