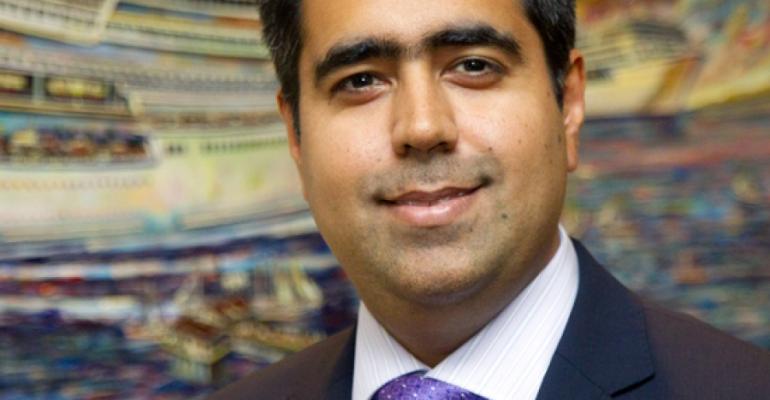 Exiting Prestige Cruises has made this a tough day, president and chief operating officer Kunal Kamlani told Seatrade Insider in a phone call where he declined to shed light on his resignation but expressed pride in accomplishments and a desire to work in the cruise business at some future point.

'I was brought in by Frank [Del Rio] and Apollo to help this management team to monetize the value of these two great brands over time,' Kamlani said. That involved forging 'great relationships' with the travel agency community while satisfying guests and shareholders, he said, adding: 'I couldn't be prouder of this team.'

Personally Kamlani is proud of delivering a 'first-rate guest experience that, at the same time, generates profitability for shareholders.' That shows, in his view, these goals aren't mutually exclusive.

Kamlani wouldn't say if his departure was a very recent decision. Certainly, from the outside, it came as a surprise. Sources in the financial community said they hadn't seen it coming.

Joining the cruise business from the wealth management industry—Kamlani had been with Bank of America/Merrill Lynch—enabled him to extrapolate his appreciation for the importance of financial advisers to the vital role travel agents play in cruise distribution.

'I think they're a huge part of the value equation in this process,' Kamlani said.

'When I came in here as the new guy, the agency community gave me the benefit of the doubt and put their support behind me. Ultimately I earned their trust.' He expressed the conviction that his successor, Jason Montague, who has been with Oceania Cruises since the beginning, has a similar view of the trade and Kamlani hopes agents will embrace him, too.

He also credited Del Rio's 'leadership and guidance' and how taking Kamlani under his wing was 'absolutely instrumental in anything I was able to do.'

'Prestige's future success is very, very important to me,' he added.

Kamlani said he's looking forward to opportunities and, citing 'a romance with the sea,' it would be his 'hope and privilege' to continue working in the cruise sector.

According to a filing that outlined his contract in the Norwegian Cruise Line Holdings group, Kamlani has to wait a year before joining a cruise competitor.

He plans to remain in Miami, where his family lives.

A Norwegian spokeswoman said Kamlani is 'departing to pursue other endeavors,' adding: 'We wish him the best.'

She said Norwegian is 'excited about Jason [Montague] taking on this role as he has been one of the key leaders for Oceania and Regent since the company began.'