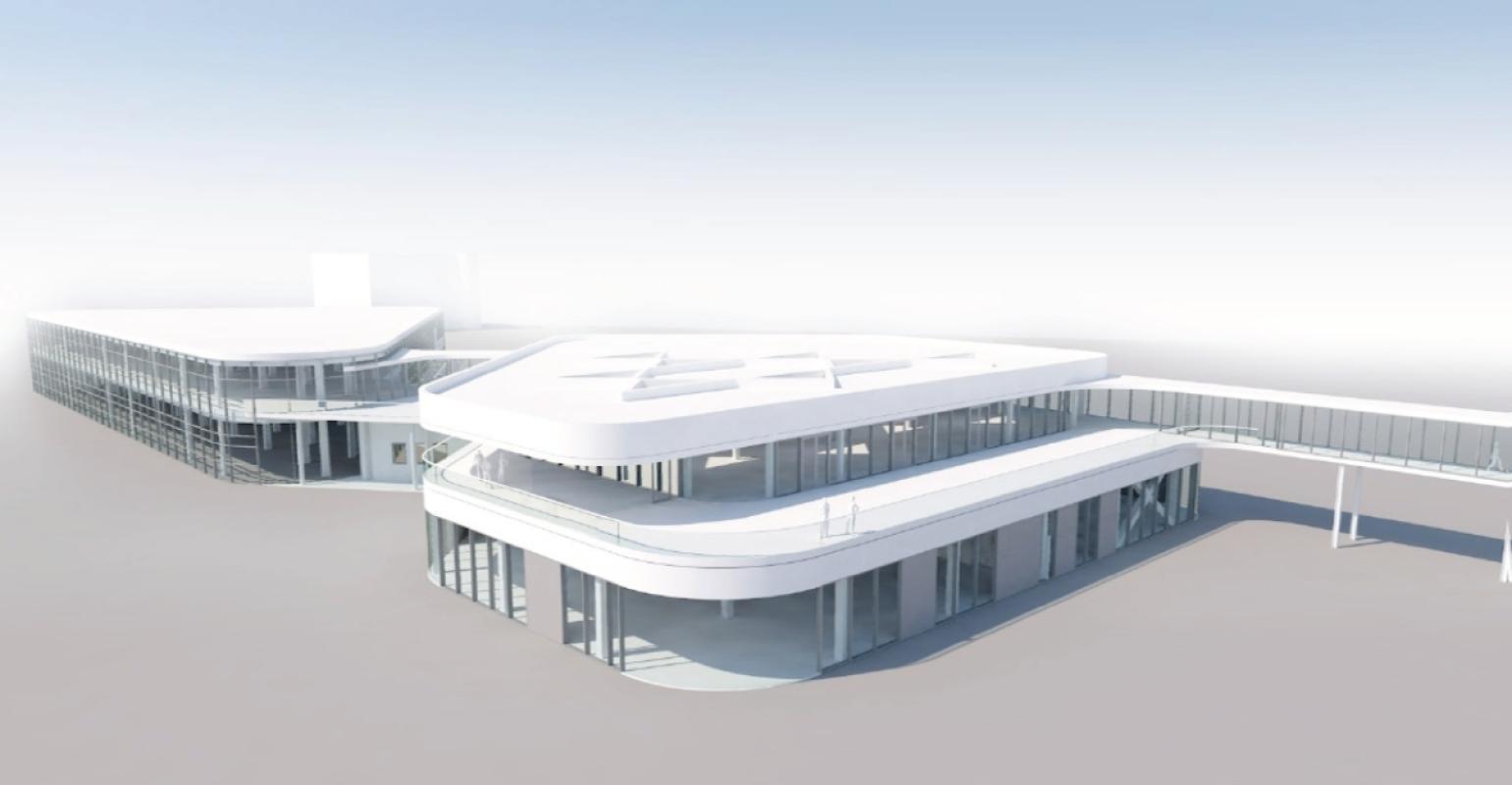 A rendering showing Ostseekai's new terminal building (in the foreground), behind the existing structure

The Port of Kiel is providing additional handling capacity for cruise ships with the construction of a second terminal at the city-centre Ostseekai.

Renderings of the structure, to cost an estimated ‎€7.5m and scheduled to be inaugurated in spring next year, were revealed at the ITB Travel Trade Fair in Berlin.

Previously a ferry terminal handling vessels bound for Denmark and Norway, Ostseekai was converted into a pure cruise ship facility with two berths and one terminal building in 2006/2007.

On many days, particularly during spring and summer, both berths are occupied simultaneously, with passengers from both vessels handled in the same terminal.

In future, each ship will have its own terminal. ‘With a second terminal building we will be in a position to expand our capacities and increase handling quality,’ Dirk Claus, md of the Port of Kiel, commented.

The new two storey terminal, located in front of berth 28, will have an overall ground size of 3,700sq mtr. The ground floor will be dedicated to luggage handling, while the upper floor will feature check-in and embarkation facilities.

On the upper level, the new structure will be connected to Ostseekai's existing gangways. Two temporary luggage halls will no longer be required with the new terminal.

Ostseekai's second terminal will be constructed as a northern extension of the existing structure, with both buildings connected on either floor. A V-shaped reception area is going to be created between the two buildings. Passengers enter the terminals at this point, while anyone interested in viewing the ships will be guided to a new, generously-sized circular viewing terrace on the upper floor level of the new terminal.

Designed by eins:eins architects Hillenkamp & Roselius, the building will have extensive glass surfaces creating a bright and transparent atmosphere. According to the Port of Kiel, construction will commence this August and the terminal will be inaugurated in time for the 2019 cruise season next spring.