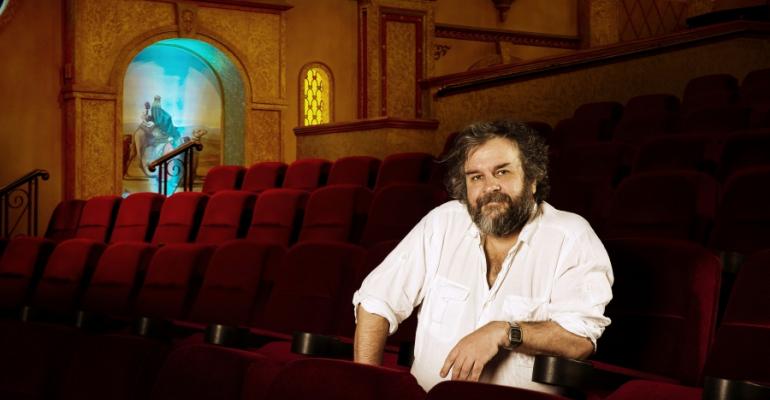 Sir Peter Jackson in his private theatre in Wellington

The premiere of ‘The Hobbit: The Battle of the Five Armies’ in London on December 11 is expected to reinforce New Zealand as a must-see cruise destination.

Tourism New Zealand is counting on a second blockbuster trilogy, 'The Hobbit' prequel, to surpass the 'Lord of the Rings' films in driving visitor arrivals.

Both trilogies are adapted from novels by J.R.R. Tolkien.

It is estimated that more than 100,000 people visit 'The Lord of the Rings’' Hobbiton movie set at Matamata, a two-hour drive from Auckland, every year.

More than 140,000 people from 30 countries entered a Hobbit Fan Fellowship contest to find the most ardent fans of 'The Hobbit' trilogy and November 2 the 75 winners and their partners are to arrive in Auckland for a five-day real-life experience of the cinematic Middle-earth.

The Hobbit Fan Fellowship journey, which will be accompanied by around 50 international and local television, print and online media representatives, ends in Wellington for a private screening of ‘The Hobbit: The Battle of the Five Armies.’

The private screening of the third and last film of the trilogy—four weeks ahead of the London premiere—will be at Sir Peter’s studios in Wellington, which are also a major tourist attraction.