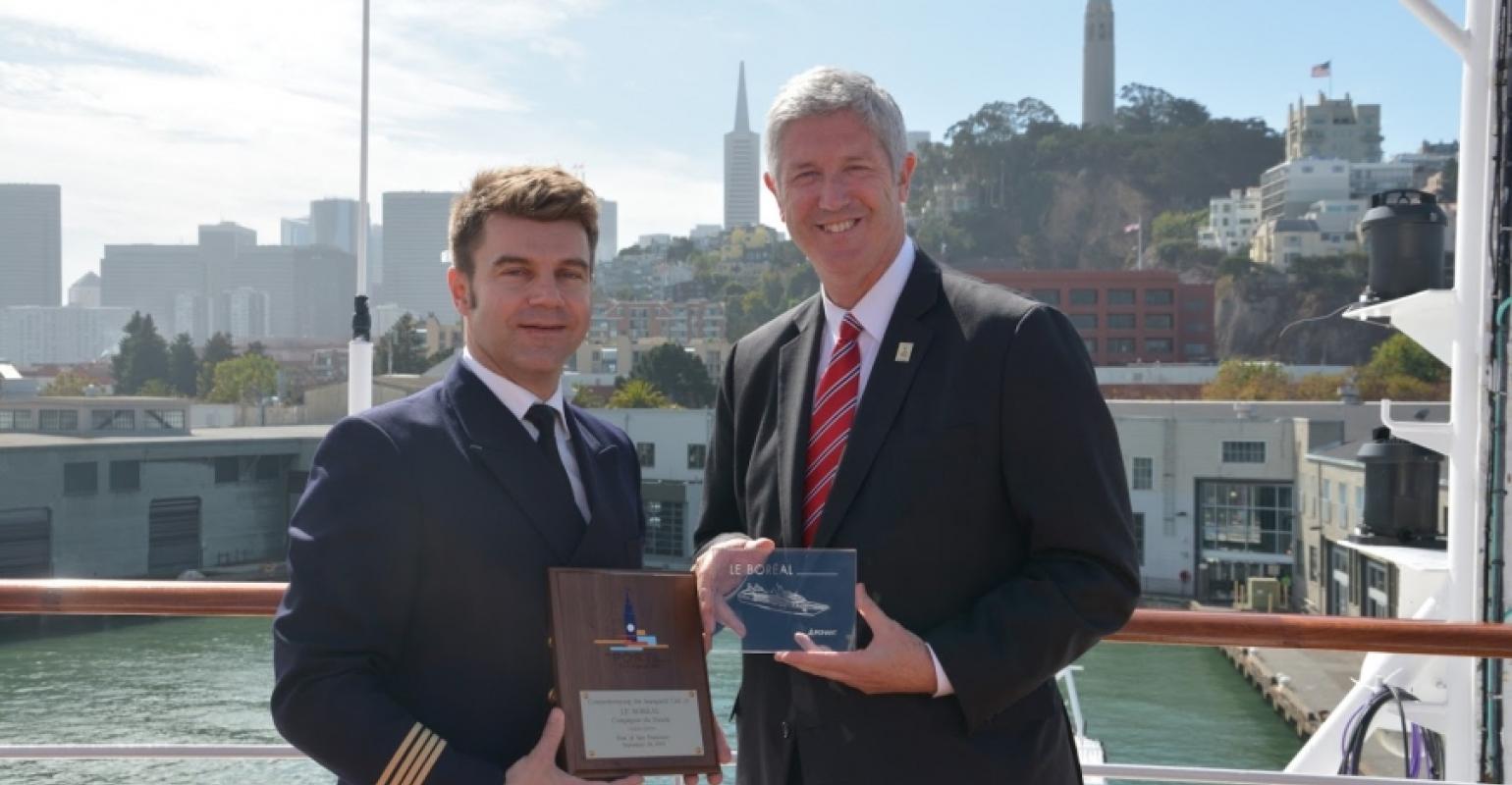 Le Boréal stopped as part of a coastal voyage from Vancouver, BC, to Acapulco. In Acapulco on Oct. 2, the ship will embark on a 44-night itinerary that ends in Ushuaia, Argentina.

From there, Le Boréal will spend the next few months sailing in Antarctica.

Earlier this month the Port of San Francisco was commended as a Seatrade Cruise Awards Port of the Year finalist at Seatrade Europe in Hamburg.