Led by year-round ship, AIDA's Hamburg calls will soar to 76 next season 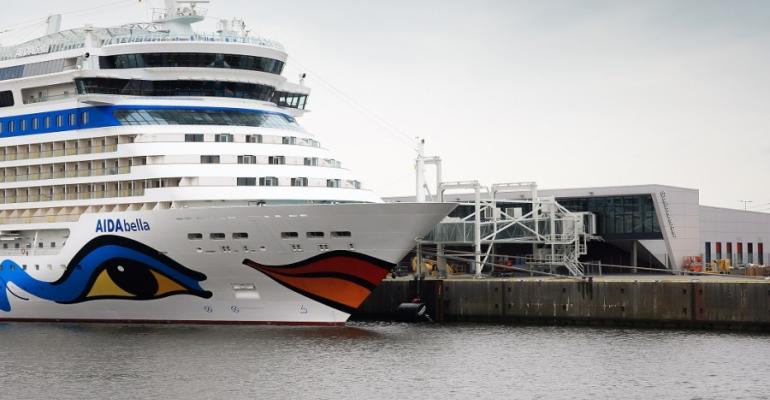 AIDA Cruises wrapped its 2015 season at Hamburg this week with the departure of AIDAbella bound for Mallorca and Dubai. AIDA ships made 55 calls at the north German port, a number that will climb to 76 in 2016, thanks mainly to the new AIDAprima.

According to Sacha Rougier, md of Cruise Gate Hamburg, AIDAprima will set a new record for the destination. 'Never before has a cruise ship visited Hamburg so often within one year,' she said.

AIDA president Felix Eichhorn noted his company is looking forward to becoming the first operator to cruise year-round from Hamburg with AIDAprima. The innovative ship is equipped for cold ironing or, alternatively, can burn LNG directly for its power supply in port.

Highlights of AIDA Cruises' 2015 season in Hamburg included its prominence at the Hafengeburtstag and Hamburg Cruise Days events, the launch of LNG-generated cold ironing via the Hummel barge on May 30 and the inauguration of Hamburg's Steinwerder cruise terminal.

AIDAbella was the first ship to call, on May 23, ahead of the official opening in June.

AIDA Cruises is also supporting Hamburg's bid to host the 2024 Olympic Games with its ships and many of its 180 destinations worldwide flying flags with the phrase 'AIDA is Feuer und Flamme für Hamburg' (AIDA is red-hot for Hamburg).