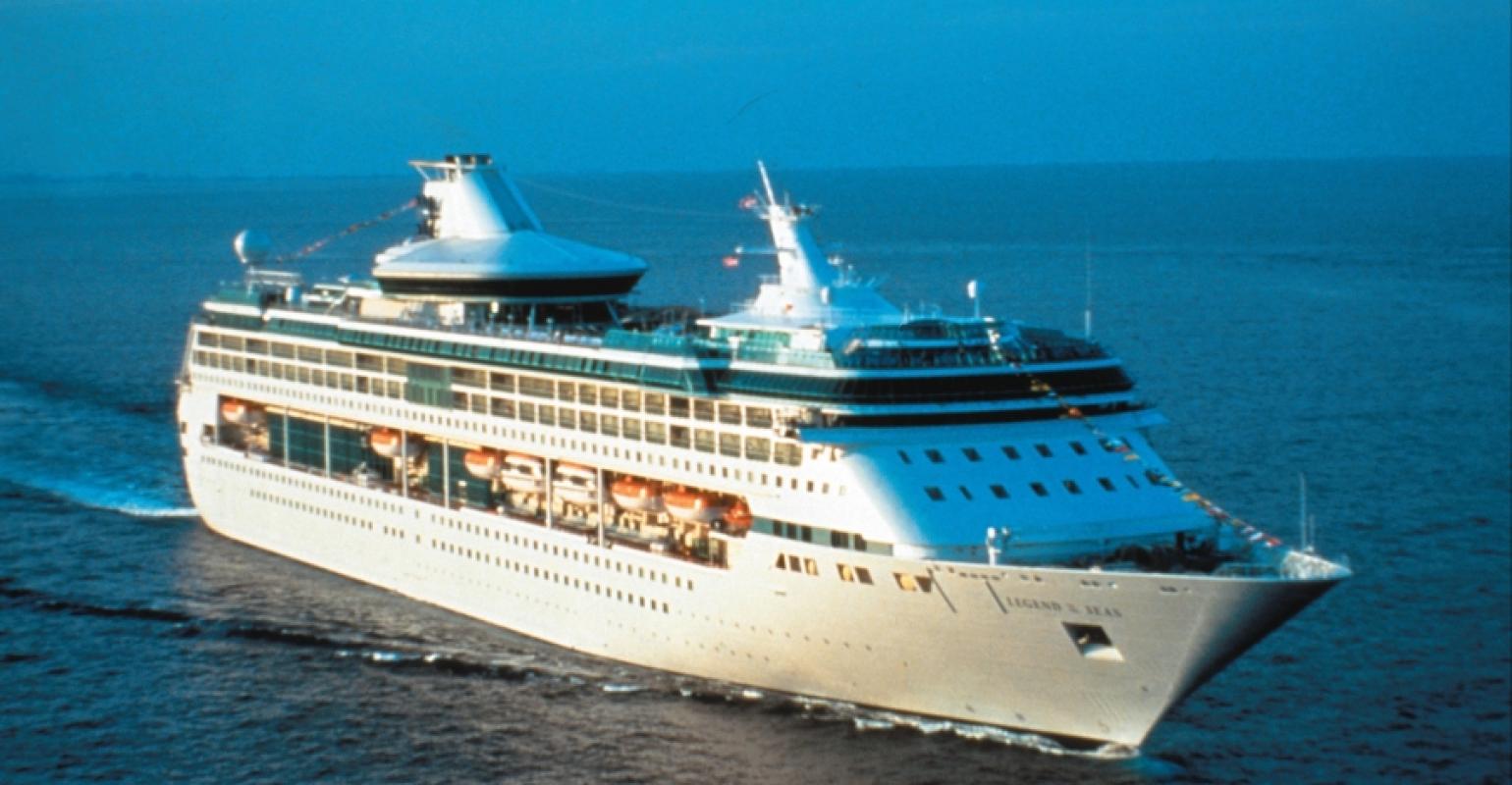 Royal Caribbean International’s 70,000gt Legend of the Seas arrived in Sydney Thursday from New Caledonia on a repositioning voyage to Asia.
The 2,000-passenger Vision-class ship will call at Brisbane, Airlie Beach, Cairns and Darwin before heading for Bali and Singapore.
The company is taking this opportunity to showcase the ship before it arrives in Brisbane again on December 10 from Hong Kong for a maiden five-month season.
It is one of the largest ships able to navigate the Brisbane River and dock at Brisbane Cruise Terminal at Portside Wharf.
Royal Caribbean is so confident the inaugural Brisbane season will be a success, it has scheduled Legend of the Seas for a second extended season in Brisbane in 2016/17.
Seatrade Cruise News was invited to a walk-around and lunch Thursday in Legend’s elegant Romeo and Juliet Dining Room.
A Royal Caribbean spokeswoman told media guests that the ship, which was refurbished in 2013, will introduce Queenslanders to a ‘truly international style of cruising’ with the company’s signature rock-climbing, outdoor movie screen, nine-hole miniature golf course and alternate restaurants, including a chef’s table.
Copyright © 2020. All rights reserved.  Seatrade, a trading name of Informa Markets (UK) Limited.
TAGS: ports & destinations ships
0 comments
Hide comments
Related