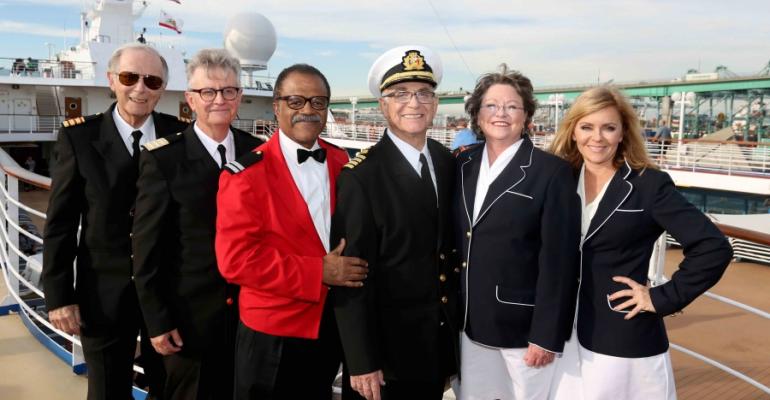 The company traces its start to the departure of Princess Patricia on Dec. 3, 1965, for the Mexican Riviera. Pacific Princess is recreating that itinerary with a 'throwback cruise.'

Today Princess is the third largest cruise brand in the world with a fleet of 18 ships and carries 1.7m travelers a year. The company has more than 30,000 employees ashore and at sea.

The pilot episode of 'The Love Boat' was shot aboard the 730-passenger Sun Princess, with Pacific Princess and Island Princess then becoming the primary floating stars of the show. Later episodes and specials were filmed aboard many other Princess ships in destinations around the globe. The show, which aired from 1977 to 1986, went on to become one of the highest-rated and longest-running and beloved shows on television, introducing viewers to modern day cruising and, in the process, making Princess and its ships synonymous with vacations at sea.

'People always ask us why "The Love Boat" was so popular and I always say it’s because it gave people something to dream about,' MacLeod said.