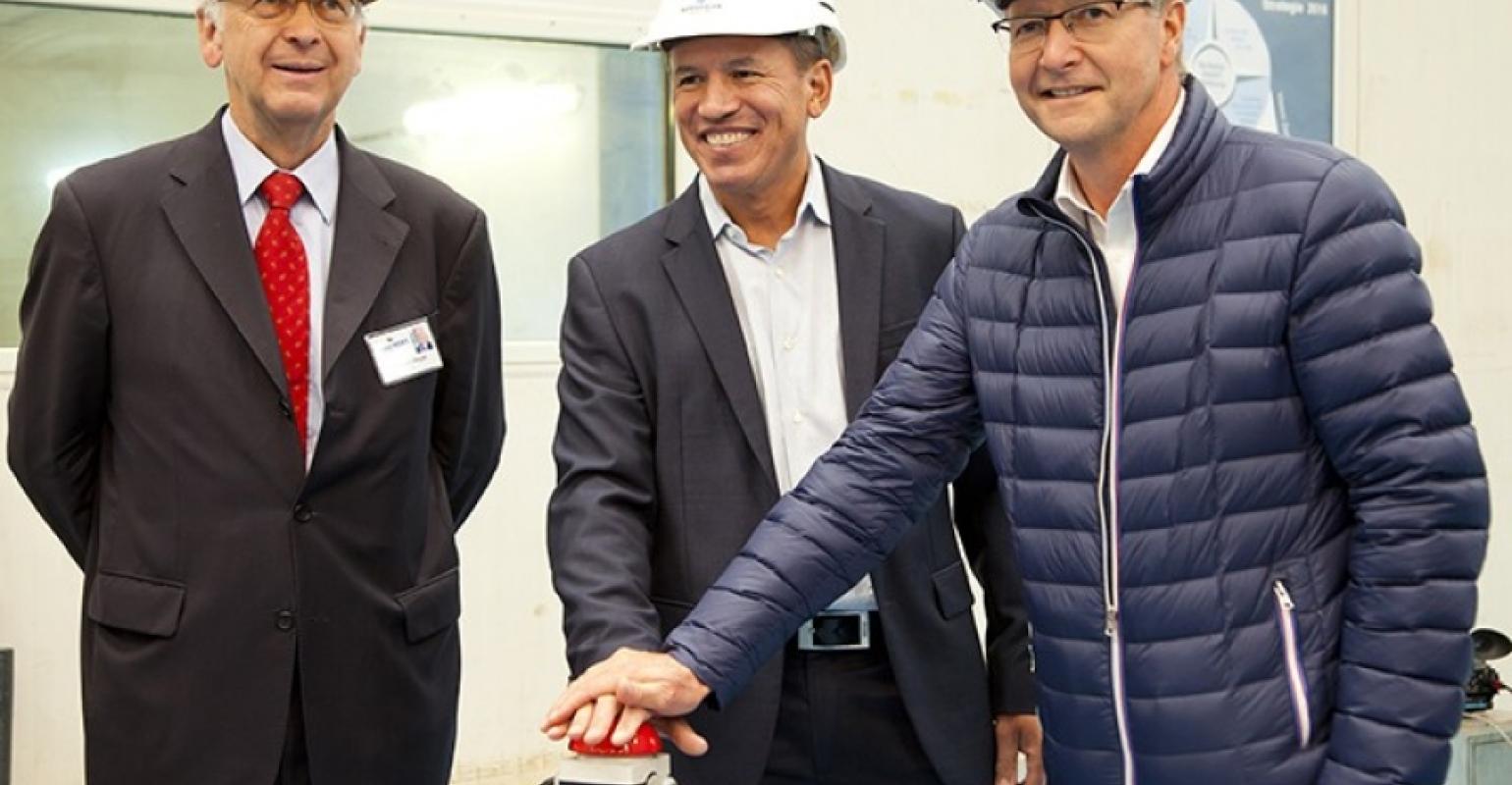 Norwegian's Andy Stuart, center, and Christer Karlsson pushed the button to start the plasma torch. With them is Bernard Meyer (Photo: Meyer Werft)

Meyer Werft began cutting steel for Norwegian Bliss at Papenburg on Wednesday. The 165,600gt ship for Norwegian Cruise Line is due for delivery in 2017.

Norwegian president Andy Stuart pushed the button of the plasma torch to start the ship's fabrication.

'On behalf of the more than 20,000 Norwegian team members worldwide, we are thrilled to mark the start of construction of the second ship in our company’s Breakaway Plus class and the continued evolution of the Norwegian brand,' Stuart said.

'We are very happy to build this new class of ships for Norwegian Cruise Line and to continue our long-standing relationship,' Bernard Meyer said.