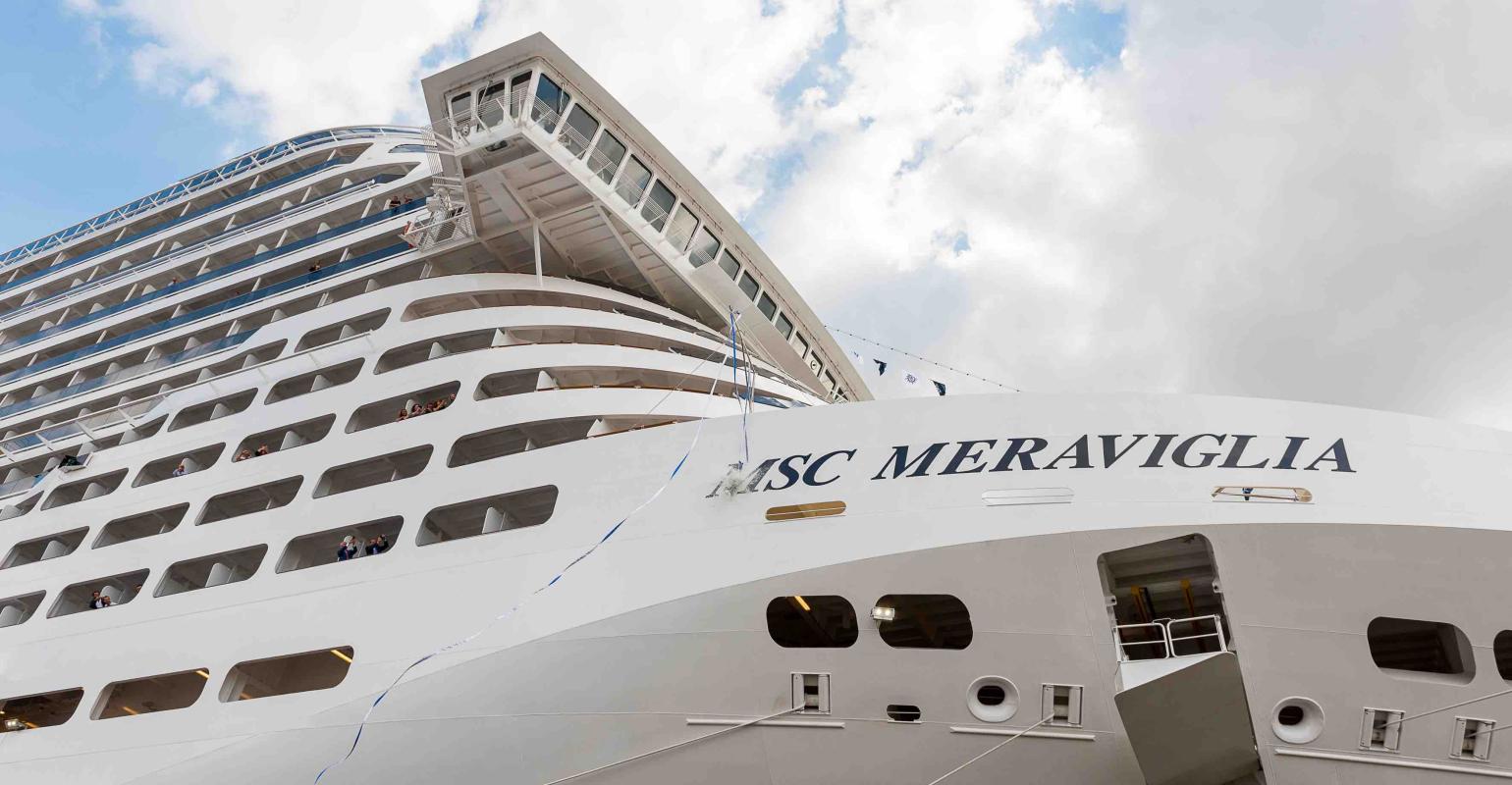 MSC Meraviglia, which entered service in June in the Mediterranean, will kick off its inaugural season in North America with three cruises from New York.

The ship will make its maiden call at the Big Apple on Oct. 7, 2019, and sail two 10-night Canada/New England round-trips then a 13-night cruise from New York to its new PortMiami home.

MSC Meraviglia will reposition from Europe to New York via a 17-night trans-Atlantic cruise from Kiel, Germany, with calls at destinations in Denmark, the UK, Iceland and Canada.

'New York has been a market that MSC Cruises has been exploring for a number of years,' said Rick Sasso, chairman of MSC Cruises USA. Awhile back, MSC Poesia operated two cruises from New York to the St. Lawrence.

Offering sailings from 'this important region' meets the expectations of both travel agent partners and guests, Sasso added.

The 5,714-passenger ship was delivered by STX France, kicking off the new Meraviglia series. Highlights include two Cirque du Soleil at Sea shows in a custom-built theater, a Mediterranean-style interior promenade topped with an LED dome, and a wide range of culinary offerings, including an expanded partnership with global Italian food expert Eataly and world-renowned pastry chef Jean Philippe Maury.

The ship also caters to families, with modular connected staterooms that can accommodate up to 10 people, multiple LEGO-designed play areas for all ages and a polar-themed aqua park with four water slides.

'With MSC Meraviglia coming to New York, and eventually to Miami, we are bringing the three most innovative and modern classes of MSC Cruises ships to the US, offering a wider range of memorable experiences for guests,' said Roberto Fusaro, president of MSC Cruises USA.

MSC Seaside is debuting at PortMiami this later month, joining MSC Divina in year-round service there.

Once in Miami, MSC Meraviglia will depart Sundays to the western Caribbean on two itineraries: Jamaica, Grand Cayman, Mexico and the Bahamas, and Mexico, Honduras, Belize and the Bahamas.