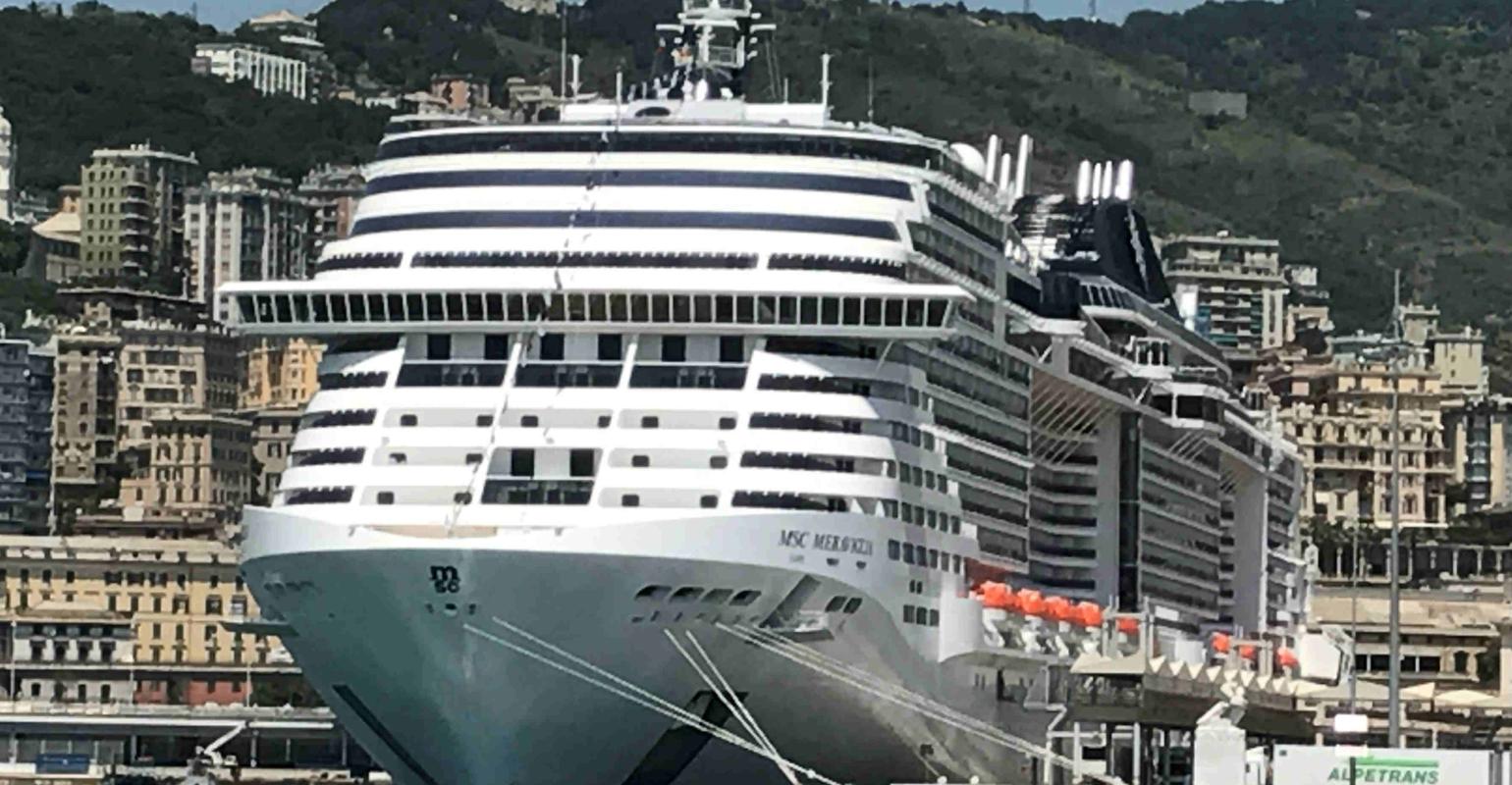 MSC Cruises’ new flagship arrived in her summer homeport of Genoa last Sunday following a passage from Le Havre to immediately begin an inaugural summer season in the Mediterranean.

‘For us, Genoa represents a crucial point of reference not only because it will be the homeport for our newest ship but also because it provides all the characteristics to offer a year-round presence,' said Leonardo Massa, manager Italy, MSC Cruises.

MSC Meraviglia will depart from Genoa every Sunday on seven-nights cruises around the Western and Central Mediterranean, calling in Naples, Messina, Valletta, Barcelona and Marseille until April 2018, when the ship will leave for North Europe.

‘In 2017, we expect more than 885,000 passengers to pass through Genoa on 170 ship calls including 30 by MSC Meraviglia through to the end of the year plus another 16 calls until April 2018,’ he remarked at the maiden call ceremony.

MSC Meraviglia is the first of six new generation cruise ships to enter service between 2017 and 2020, with a latter phase through to 2026 taking the total ships under construction to 11 (and potentially with one more) under MSC Cruises’ industrial plan, shared ealier by executive chairman Pierfrancesco Vago during the ship’s naming ceremony, and reiterated by ceo, Gianni Onorato in Genoa this weekend.

‘In November 2017, we will receive MSC Seaside from Fincantieri, which will immediately deploy to the Caribbean, to be followed in six months by a sister ship MSC Seaview, [which will be named in Civitavecchia]. Then, in February 2019 we will receive the second Meraviglia-class ship, MSC Bellissima, which will be also homeported in Genoa,’ he reminded.

‘In October 2019, the first Meraviglia Plus-class, which will be named soon, will be delivered, followed by a second in 2020 and the third Seaside-class ship in 2021,’ he continued, indirectly referring to the commitment for the third Seaside-class ship (currently an option), and highlighting the recently signed contract for two firm World-class LNG-fuelled ships plus options for another two, with STX France shipyard through to 2026.’

Onorato pointed out the only year the company does not have a delivery in the coming decade is in 2023: ‘We will see if it will be necessary to fill it,' he added.

Onorato said the 200,000gt World-class series are aimed to be zero-emissions platforms and will be 330mtr long, 47mtr wide, carrying 6,850 passengers in total.

Analysing the deployment of the World-class LNG-powered cruise ships Onorato said, ‘due to our forward planning we need to take into account any ad-hoc regulations and related infrastructure in ports by the end of 2018.’

He called this, ‘a challenging timetable for all parties involved in assuring the deployment of these alternative-powered ships in areas such as the Mediterranean by 2022.’