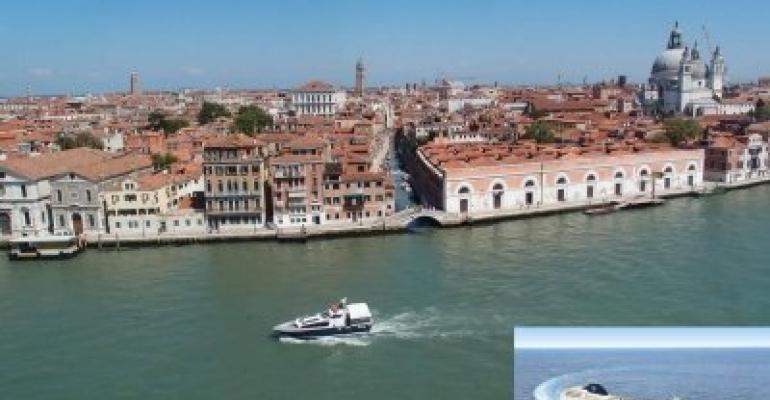 A joint statement from the mayor and the prefect of Venice said five people injured on River Countess were taken to hospital where one was immediately released and the others were kept for monitoring. An MSC Cruises spokesperson told Seatrade Cruise News there were 'only some minor injuries between the two vessels,' adding that 'most have already been dismissed from the hospital.'

Uniworld said four passengers suffered minor injuries and no River Countess crew were injured. The incident occurred after most guests aboard the 130-passenger vessel had disembarked for flights home.

In a statement, MSC Cruises said MSC Opera experienced a technical issue while maneuvering alongside at around 8:30 a.m. local time. Subsequently, the ship was cleared to be moved to the dock, where passenger operations commenced.

An investigation is under way.

Condition of the vessels

The joint statement by the mayor and prefect said River Countess reported a small leak at the waterline while MSC Opera's hull was scratched, however the safety of neither vessel was compromised.

The 65,591gt MSC Opera has double-occupancy capacity for 2,150 passengers. Built in 2004, it was lengthened and underwent a major upgrade in 2015 under MSC Cruises' Renaissance Program.

For years Italy has debated the presence of cruise ships in the Giudecca Canal. Cruise Lines International Association members have long adhered to a voluntary limit on the size of the vessels operating there.

According to the Associated Press, Italy Transport Minister Danilo Toninelli said the MSC Opera incident 'proves that cruise ships shouldn’t be allowed to pass down the Giudecca anymore.'

Passengers arriving Sunday have been informed and are under the care of Uniworld, which is providing hotel accommodation.

Venice No. 2 cruise destination in Italy

Venice is the second busiest cruise destination in Italy, following Civitaveccchia (Rome), and has been forecast to handle 1.49m passengers in 2019, a 1.4% increase, and 530 calls. Passenger count could slightly differ due to the application of a new Italian Coast Guard algorithm pertaining to cruise traffic.