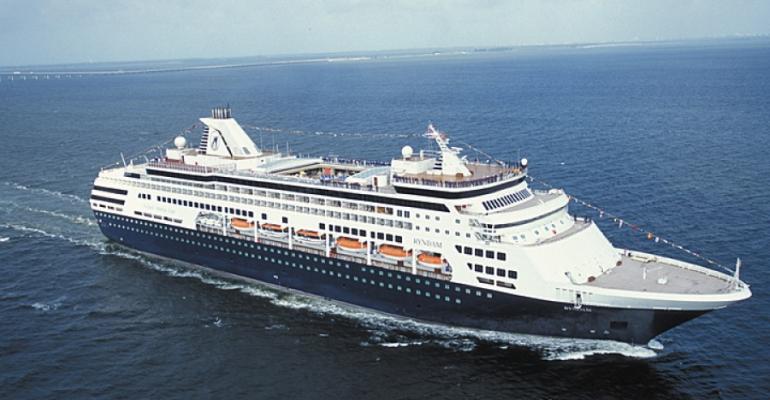 Pacific Aria and Pacific Eden have been chosen as the new names for Holland America Line’s Ryndam and Statendam that will transfer to P&O Cruises Australia’s fleet in November next year.

A company spokeswoman told Seatrade Insider the names will be matched with the two ships shortly.

They were selected from more than 30,000 suggestions from across Australia and New Zealand.

Carnival Australia ceo Ann Sherry said they have ‘a contemporary feel that reflected the blissful and indulgent spirit of a P&O Cruises holiday at sea.’

Sherry said Eden conjures up images of paradise and is also the name of a regional New South Wales port on the cruise line’s latest itineraries.

Aria, she said, conveys a sense of beauty, grandeur and escapism.

‘They really capture the cruising state-of-mind that hundreds of thousands of Australians experience on our ships each year,’ Sherry said.

The winners of the name-the-ships competition -- Nikki Smith from Cairns who came up with Pacific Eden and Katie Luxa from Perth with Pacific Aria -- have each won a cruise for two on the inaugural voyage of the ship they have named. They will also be invited to attend the naming celebrations.