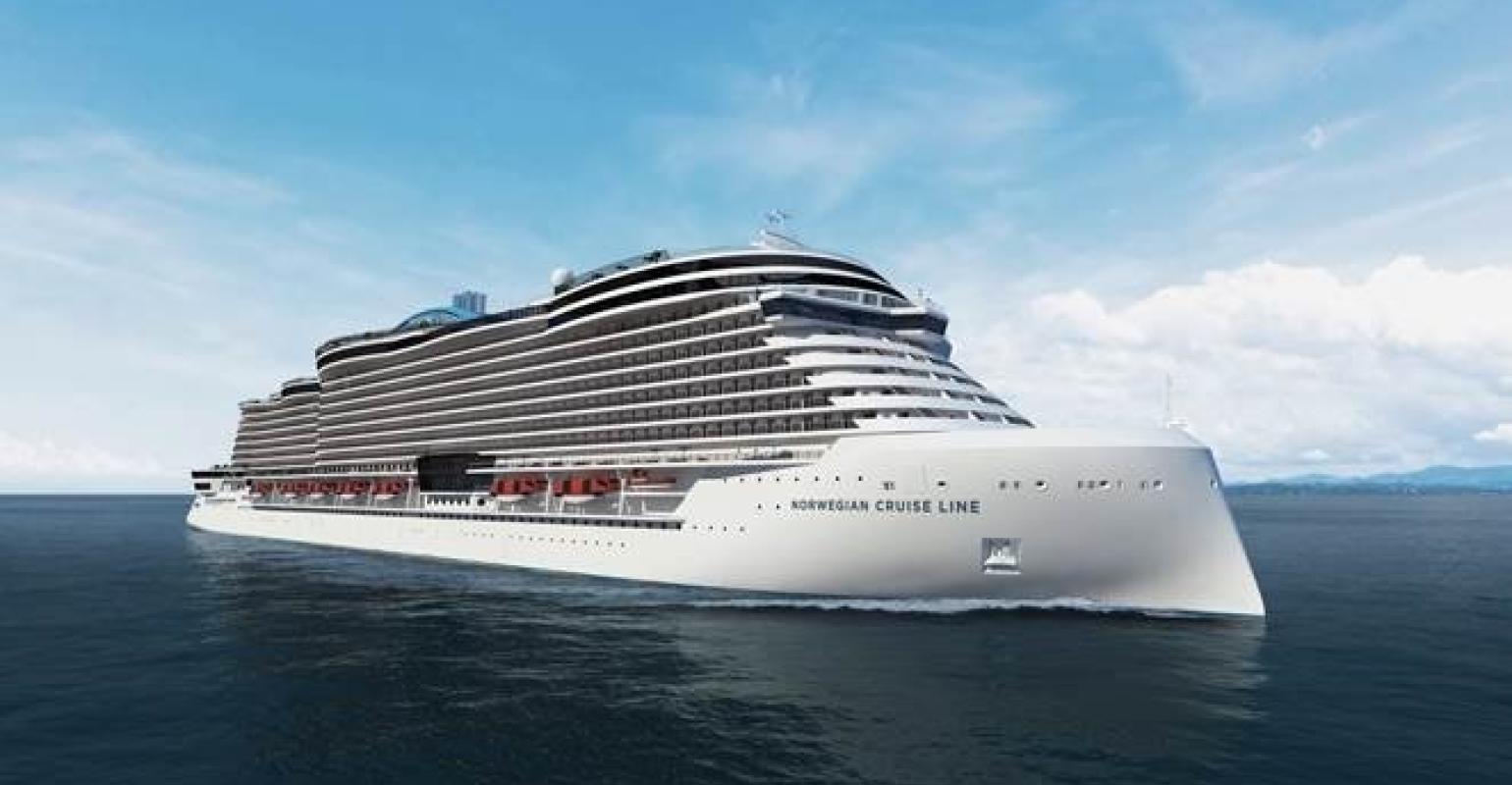 The 140,000gt Leonardo ships will have inventive features, to be announced
Norwegian Cruise Line Holdings confirmed its previously announced options for the fifth and sixth Project Leonardo ships at Fincantieri, for delivery in 2026 and 2027.

The price was not announced but the first two Leonardo ships come in at about $851m each.

'These orders extend our disciplined and measured newbuild program and strong growth trajectory well into the future and will further drive long-term returns for our shareholders,' NCLH president and CEO Frank Del Rio said. 'Our six ship Leonardo-class fleet will allow us to broaden our deployment into strong performing and mature unserved and underserved markets and offer new experiences to our guests.'

At 140,000gt and approximately 3,300 lower berths, this next generation class of ships is slightly smaller than the latest Breakaway Plus newbuilds at 167,800gt and 4,200 lower berths, from Meyer Werft. NCL said they will build upon the brand's successful offering of freedom and flexibility, and feature a host of inventive designs.

A priority for this prototype design is energy efficiency, with the aim of optimizing fuel consumption and reducing environmental impact. The ship's slightly smaller footprint will also broaden deployment opportunities around the world.

Details will be announced later.

'Following the Breakaway Plus class, the most successful class in our company’s history, the highly anticipated Leonardo class will fuel future growth with exciting and innovative offerings that will meaningfully drive demand from new and loyal returning guests alike,' NCL president and CEO Andy Stuart said.

Eight newbuilds on order for NCLH

With today's announcement, NCLH has seven ships on order for Norwegian Cruise Line and one for Regent Seven Seas Cruises for a total of eight vessels for delivery through 2027. The company is scheduled to receive its newest ship, Norwegian Encore, in fall 2019.