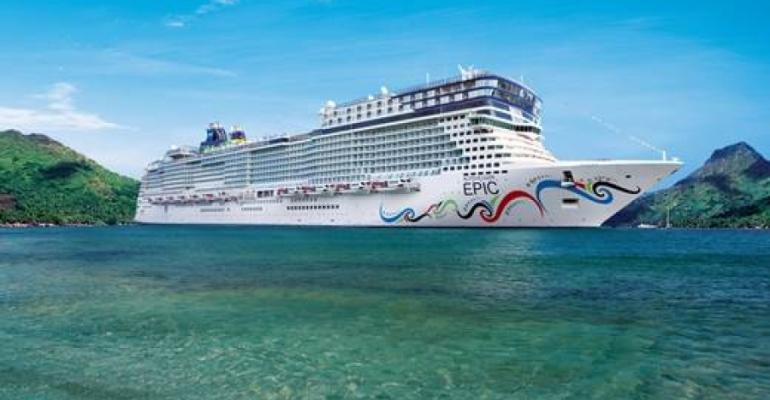 The new features come as Norwegian Epic readies for winter and summer seasons sailing the Mediterranean from Barcelona, followed by its return to the US in fall 2016 for sailings from Port Canaveral.

Entertainment additions include The Cavern Club, recreating the legendary Liverpool venue where the Beatles gained fame. Following the addition of 'Burn The Floor' earlier this year, Norwegian Epic gained a second Broadway show, 'Priscilla Queen of the Desert—The Musical.' It's based on the Oscar-winning movie about the comic adventures of three friends as they travel in a battered old bus.

The Tony Award-winning musical features more than 500 costumes, 200 extraordinary head-dresses and a hit parade of dance floor favorites like 'It’s Raining Men,' 'I Will Survive' and 'Girls Just Wanna Have Fun.'

'We continue to heavily invest in our current fleet, to ensure that guests have a consistent experience across all Norwegian ships and the freedom and flexibility to create their ideal cruise vacation,' said Andy Stuart, president and chief operating officer, Norwegian Cruise Line.