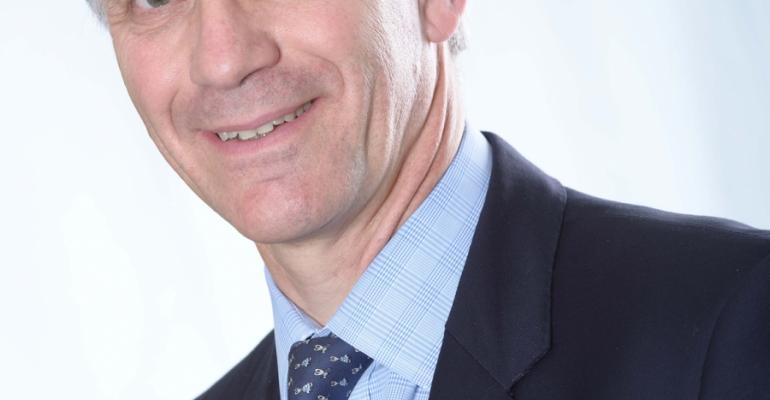 David Noyes - moves up from evp operations to ceo

Dingle and Noyes will take up their new roles Oct. 1, and will both report to Carnival Corp. & plc president and ceo Arnold Donald. In addition, a successor to Noyes who is new to the cruise business was appointed for the evp position.

'This move allows us to strengthen further our overall leadership in the critically important UK marketplace, while also promoting from within to leverage the skills, experience and capabilities of our executive team,' Donald said.

Dingle, who became ceo in 2007, joined P&O Cruises in London in 1978 where, after holding a series of commercial positions, he became managing director in 2000. At the time of the merger of P&O Princess Cruises plc and Carnival Corp. in April 2003, he became md of Carnival UK.

Noyes joined Carnival UK in 2011, in his current position. Previously he worked in the UK travel industry for 25 years, mainly with British Airways, where he was responsible for BA’s worldwide customer services operation, and latterly with Gray Dawes Travel as ceo.

Elaine Holt will join Carnival UK on Oct. 1 as Noyes’ replacement as evp operations following a career in the rail, road and airline industries. She has led a series of transformational programmes as executive chairman of East Coast Mainline and before that as md of First Capital Connect. Most recently she has acted as a non-executive director of the Highways Agency.

'David Noyes is exceptionally placed to lead P&O Cruises and Cunard into the future and grow the business for the next generation,' Dingle said Friday. 'Elaine brings with her a strong blend of operational and customer services skills and will be a very valuable addition to our executive team.'

Dingle is a former president of the UK Chamber of Shipping and the European Cruise Council (now CLIA Europe) and continues to serve on the boards of both groups. In 2009, he joined the board of the European Community Shipowners Association. He previously served as a director of the Association of British Travel Agents and the UK Passenger Shipping Association.