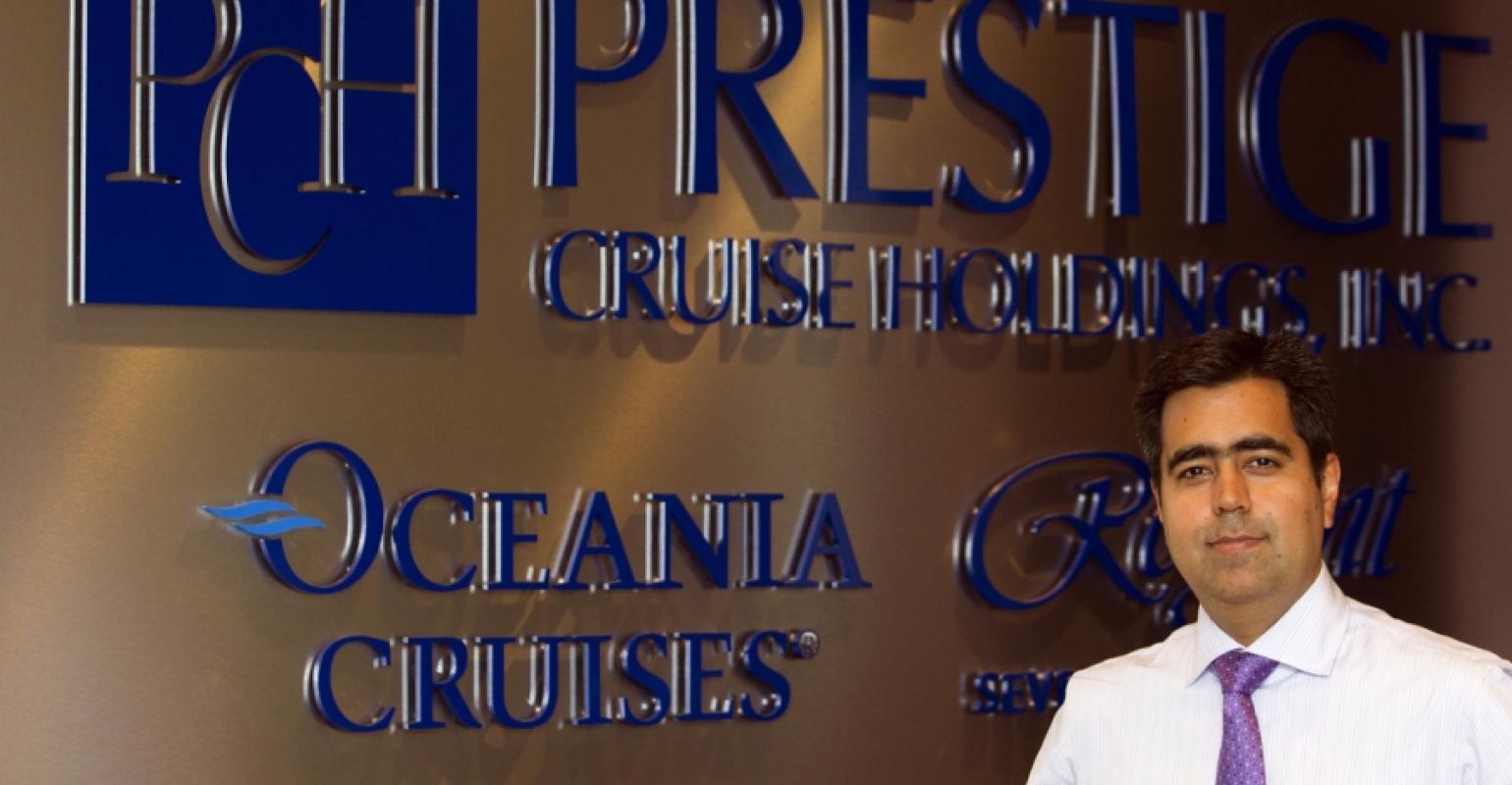 Oceania Cruises breaks out with free Internet for upper-level rooms

Oceania Cruises plans to provide free Internet access to travelers booked in suites and concierge-level staterooms on its five ships. This is the first time the line has offered a free Internet program, with the new benefit commencing during the 2015 winter season. The news comes just after close rival Azamara Club Cruises' announcement that it will discontinue free Internet as a benefit of its loyalty program, starting Jan. 1. Four weeks ago, Oceania's sister company, Regent Seven Seas Cruises, expanded its all-inclusive pricing to include unlimited Internet access in its ships' upper suites.

As part of Oceania's new program, passengers booked in Owner’s, Vista and Oceania suites will receive unlimited free Internet access throughout their voyage. Those booked in Penthouse suites or concierge-level staterooms will receive blocks of free time based on cruise length, starting with 200 minutes for a seven-night cruise and extending to 500 minutes for voyages over 16 nights.

This means this free Internet program will cover more than 55% of all passengers sailing on Marina and Riviera, and nearly half of all those sailing on Regatta, Insignia and Nautica. Travelers will be able to take advantage of the free Internet through the ships' Wi-Fi  or at the Oceania@Sea Internet café.

Oceania recently upgraded the Wi-Fi system across the fleet to increase bandwidth and provide connectivity throughout the entire ship, including all public spaces, outdoor decks and all suites and staterooms.

The perk joins others included in the pricing such as round-trip airfare and specialty restaurant dining, noted Kunal Kamlani, president of Oceania.

The complimentary Internet rollout will be staggered across the fleet, tied to the official start of each ship’s winter schedule. The first sailings will be Nautica on Oct. 25, 2015, followed by Marina on Nov. 3, Regatta on Nov. 4, Riviera on Dec. 2 and Insignia on Jan. 4, 2016, when it begins its third 180-day world voyage.

Complete itinerary details for the winter schedule will be released and available to book at 8:30 a.m. on Sept. 17.