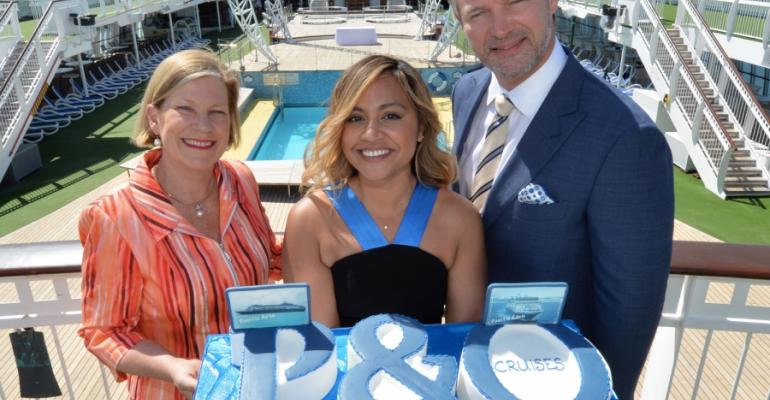 P&O Cruises Australia is claiming a ‘social media first’ with the naming of Pacific Aria and Pacific Eden via Twitter.

The company announced that the two Australian celebrities, singer Jessica Mauboy and actress Kate Ritchie who have been chosen as godmothers, will tweet the official naming words as the ships sail either side of Fort Denison during P&O’s historic fleet rendezvous on Sydney Harbour on November 25.

The social media launch will also see the naming posted simultaneously on the godmothers’ Facebook and Instagram accounts and then shared across P&O platforms.

‘Both Jess and Kate are well known and well loved around the country,’ Carnival Australia ceo Ann Sherry said. ‘They epitomise modern Australia and really embody the new look and feel of P&O Cruises, so we are delighted they will be naming these very special ships and in such a modern way.’

Sherry said November 25 will be a history-making day, with the company’s ‘Five Ship Spectacular’ on Sydney Harbour, a dual christening and the naming via Twitter which she believes is a first.

The day will begin with P&O’s five-ship fleet meeting off Sydney Heads before sailing into the harbour in single file. Concerts will be held on board during the day and the ships will be farewelled by a fireworks display at 8:45 p.m.