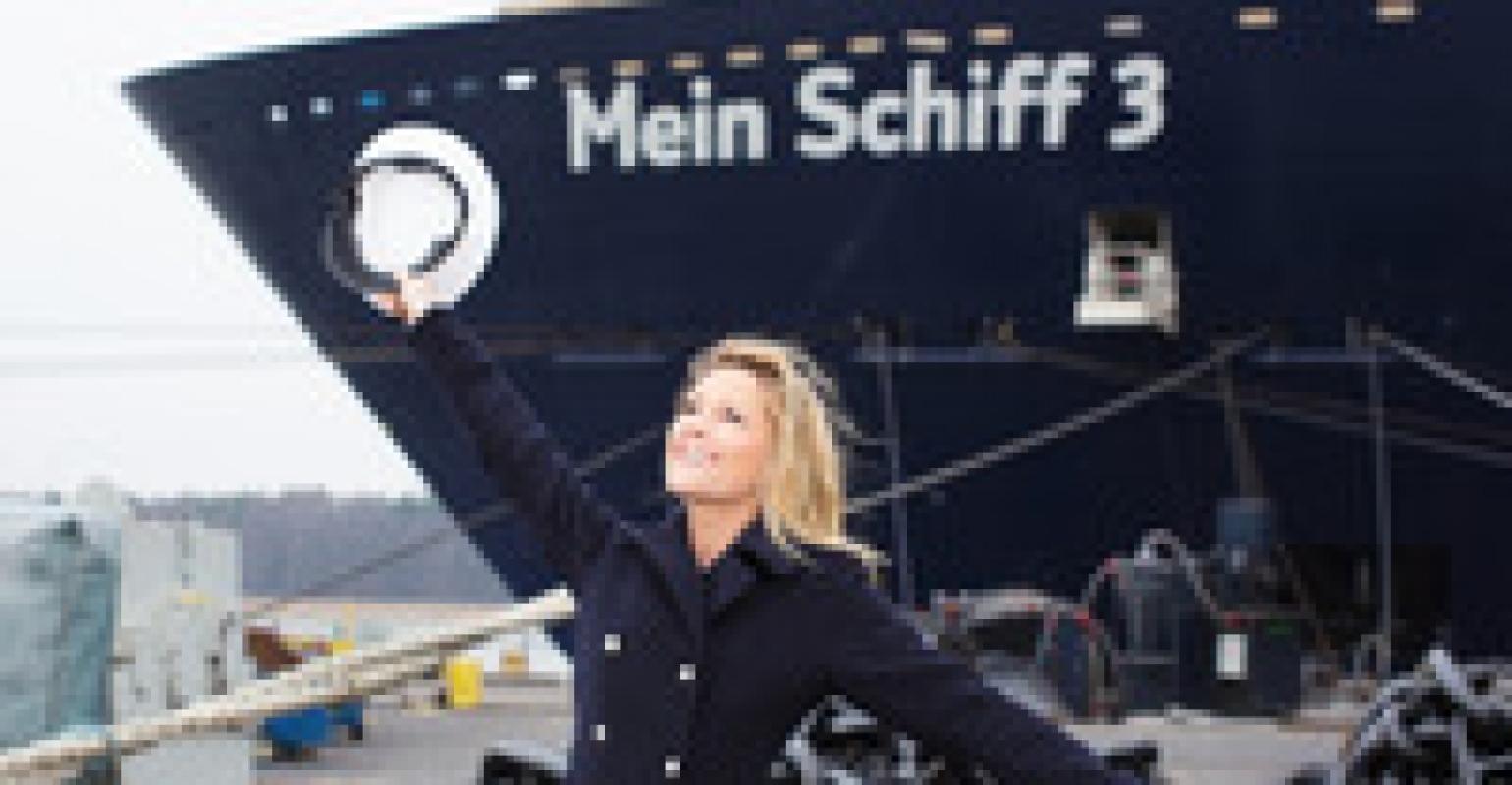 It's less than four weeks to go before TUI Cruises christens its first newbuild, Mein Schiff 3, at festivities in Hamburg. Following the June 12 naming by singer Helene Fischer, the godmother, at HafenCity, TUI Cruises plans a big party and open-air concert for the public at the St. Pauli fish market.

The public festivities will start at about 7 p.m. Hamburg band Sara Jane and High Energy Soul are booked to set the mood before Fischer performs a one-hour concert starting at around 9 p.m.

At about the same time, Mein Schiff 3 is scheduled to pass near the St. Pauli fish market. Fireworks will cap the celebration at 10:30 p.m.

'This open-air live concert is our gift to all Mein Schiff fans and the city of Hamburg. We want them to be part of this special day for us,' said TUI Cruises CEO Richard Vogel.

Mein Schiff 3 is nearing completion at STX Finland in Turku.