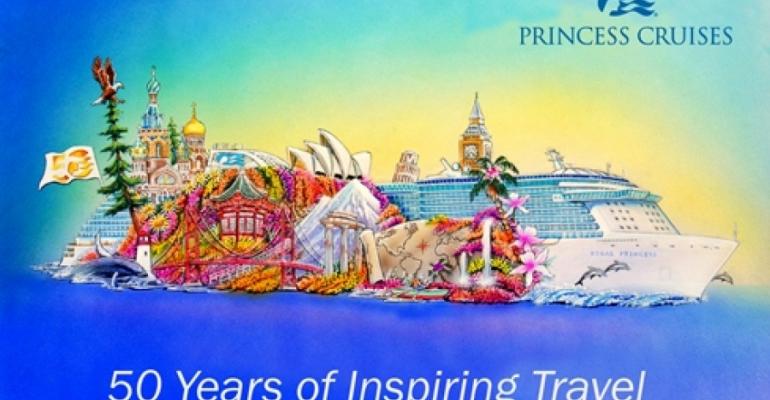 A rendering of the float, which will carry the original 'Love Boat' cast

Princess Cruises will ring in the new year and its 50th anniversary with its first float in the Rose Parade on Jan. 1 in Pasadena, Calif. The six original cast members of 'The Love Boat' television show will ride on the float’s ship bow and 'cruise' down the 5.5-mile parade route.

In addition to paying tribute to the television show that made Princess one of the best-known names in cruising, the Rose Parade float will depict the new Regal Princess symbolically sailing through the world’s fascinating destinations and iconic landmarks.

'Since the theme of this year’s Rose Parade is "Inspiring Stories," we can think of no more perfect opportunity to launch our 50th anniversary year celebrations,' said Princess president Jan Swartz.

The annual Rose Parade is viewed by some 700,000 spectators lining the parade route, and by approximately 80m viewers on television around the globe. It includes numerous floral floats, spirited marching bands and high-stepping equestrian units.

The Princess Cruises float, being designed and built by Phoenix Decorating Co., will be 60 feet long and 24 feet high, and will be covered by more than 24,000 flowers and other natural materials.