Pullmantur organises a fun and educational day for employees’ kids 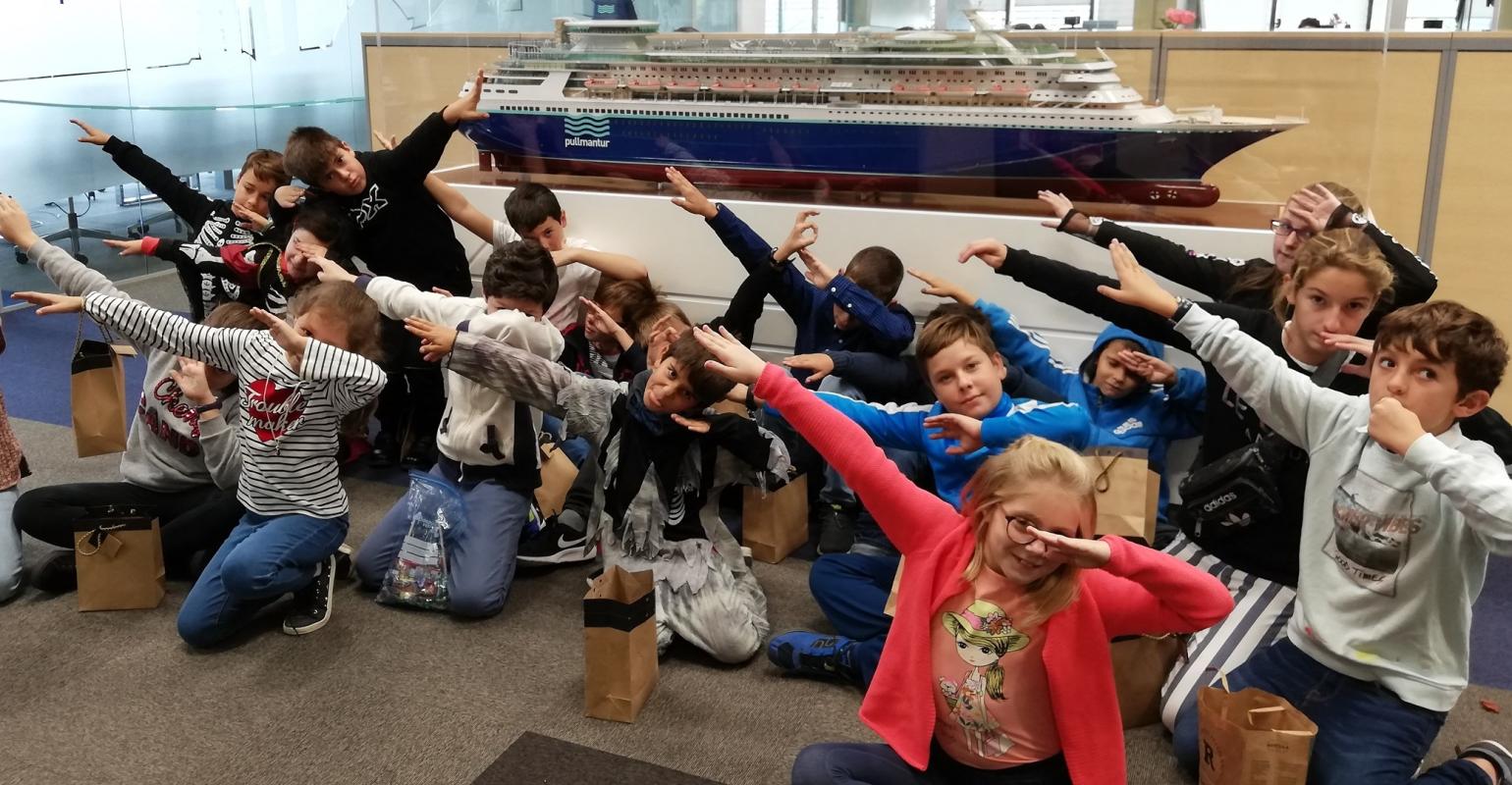 Somos Trotanautas Pullmantur's on-board kids entertainment programme revolves around the Trotanautas gang
Pullmantur Cruceros welcomed more than 60 kids to its Madrid offices on Friday - all children of employees – for a day of fun and education.

This initiative - promoted by the HR Department - seeks to contribute to the work-life balance of employees of Pullmantur Cruises as November 2 was a working day but not a school day.

The president & ceo of Pullmantur Cruceros, Richard J. Vogel, declared ‘this day has a double objective’.

As a company, he continued, ‘on the one hand we should promote and support initiatives that help our employees organise and achieve a balance between their personal and professional lives whilst on the other hand we want the kids to know and experience in person the Somos Trotanautas programme while spending a fun day in the company of new friends.’

Starting at 8am, a team of instructors and children’s education specialists welcomed the children (aged between 3 to 12 years old) in specially prepared rooms and divided them into groups according to school age to take part in activities centred around dance and body language, a mini chef workshop and different competitions based on the onboard children’s entertainment programme.

Recently launched Somos Trotanautas revolves around the Trotanautas gang, formed by six graphic characters that represent six out of the eight human intelligences: naturalistic (Flor), visual-spatial (Leonard), verbal-linguistic (Eme), musical (Sol), bodily-kinesthetic (As) and logical-mathematical(Mercury). Each member has their own special ability, so that every child is able to identify with a Trotanauta.

The other two intelligences (interpersonal and intrapersonal) are managed in a transversal manner during all the activities.

At embarkation, younger guests become Trotanautas and receive a passport, which they get stamped with every adventure undertaken throughout the cruise always accompanied by Trotacoaches.