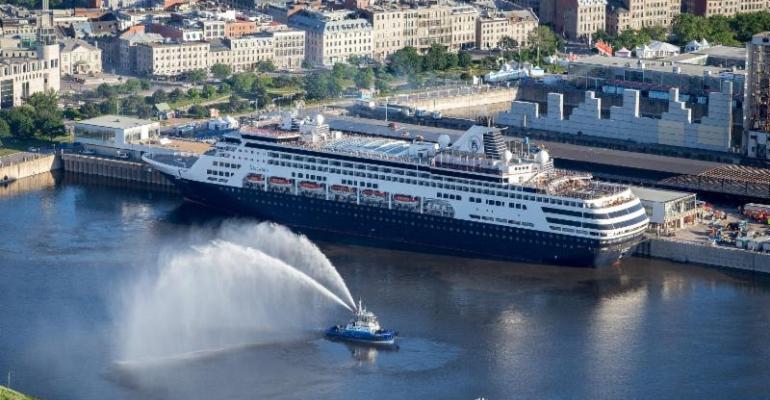 Holland America Line's Maasdam, pictured here at the Port of Montréal, is one of 35 cruise ships scheduled on the St. Lawrence this season

The season began in May with calls by Holland America Line and Hurtigruten. This year 26 lines are scheduled to deploy 35 ships to the St. Lawrence for a combined direct and indirect economic impact of more than $500m.

Cruise the Saint Lawrence said this strong growth shows Québec is succeeding in carving out a place in the international cruise industry and distinguishing itself as a must-see destination.

At the June annual general meeting of the board of directors of Cruise the Saint Lawrence, association members elected Tony Boemi of Port of Montréal to a two-year term as president, with Nancy Houley of Port of Québec continuing as vice president and Renée Dumas of Cruise Baie-Comeau named secretary-treasurer.