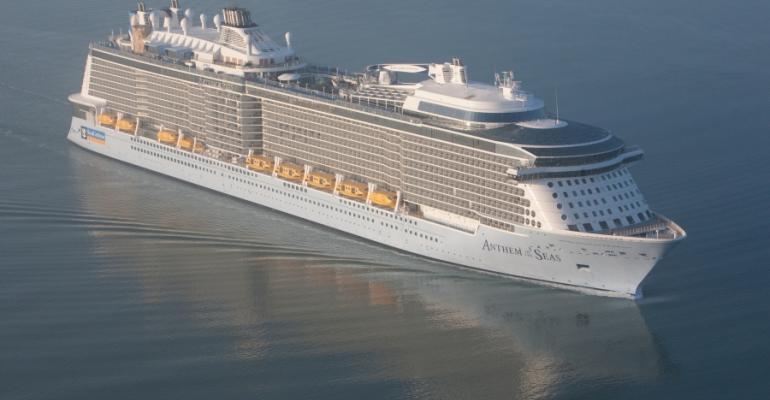 Royal Caribbean's Anthem of the Seas arrived in Cape Liberty Wednesday evening at 21.00 having cut short a Bahamas cruise after experiencing a severe storm off the South Carolina coast.

Owner Royal Caribbean International apologized 'for exposing our guests and crew to the weather they faced, and for what they went through.'

It said the ship and crew 'performed very well to keep everyone safe during severe weather.'

Of more than 6,000 people on board, only four minor injuries were reported.

The cruise line said although the weather conditions encountered in the Atlantic were  'exceptional' the voyage, 'identified gaps in our planning system that we are addressing.

'Though that system has performed well through many instances of severe weather around the world, what happened this week showed that we need to do better.'

The cruise line is strengthening its storm avoidance policy, and have added resources at Miami headquarters to provide additional guidance to its captains.

Much of the superficial damage caused by the storm which hit Sunday has been repaired, reported RCI.

Royal expects Anthem to resume her planned itinerary next week.