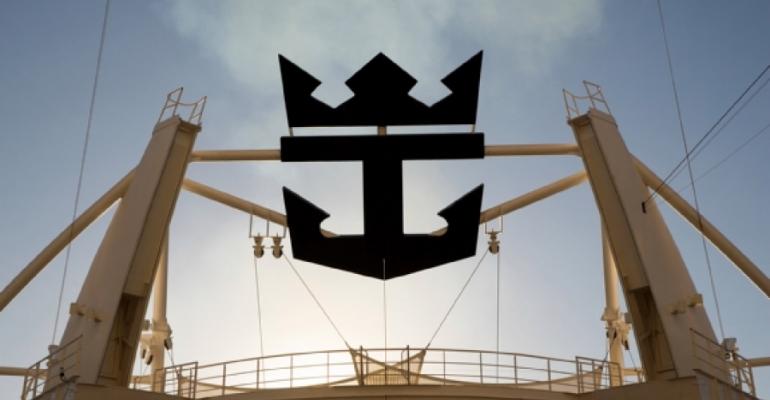 Q1 adjusted profit was 57 cents per share, nearly triple the 20 cents of a year ago and higher than the consensus forecast of 32 cents per share and guidance of 30 cents.

Royal Caribbean raised its full-year EPS guidance from a range of $5.80 to $6.10, to $6.15 to $6.35. Foreign exchange net of fuel is contributing approximately 15 cents to the forecasted quarter per share increase.

'What an exciting quarter in an exciting year,' Royal Caribbean chairman and ceo Richard Fain said. 'Our brands continue to excel and produce gratifying results.'

Q1 net yields were up 7% in constant currency and 3.4% on an as-reported basis, driven by close-in Caribbean demand and better than expected on-board revenue from beverage and Internet sales. Foreign exchange and fuel contributed 8 cents to the upside. Net cruise costs excluding fuel rose 4.7% in constant currency/3.6% as reported, in line with guidance.

Q1 adjusted net income was $124m, up from $45.2m, while US GAAP net income was $99.1m, or 46 cents per share, compared to $45.2m, or 20 cents per share. As previously announced, the company eliminated the two-month reporting lag related to Pullmantur during the quarter, which resulted in a one-time catch-up of about a dime loss per share. This has been removed from key statistics for 2016, as earlier disclosed.

The higher profit forecast for 2016 is based on strength in North American products and on-board revenue trends, as well as stronger foreign currencies. Net yields are expected to rise 2.5% to 4% in constant currency/1.3% to 2.8% as reported. Net cruise costs excluding fuel are projected to be up about 1%.

'The first quarter has given our year momentum, which is more than offsetting some headwinds from the Mediterranean,' cfo Jason Liberty said. 'This performance is positioning us for the highest earnings in company history.'

Investors had been concerned about second quarter guidance undershooting expectations, and it did—but the impact was cushioned by the fact that the full-year outlook still went up. Royal Caribbean projects constant-currency net yields to rise about 1% in Q2, and guided to adjusted EPS of approximately $1, compared to the consensus expectation of $1.22.

The company said various factors skew comparisons between quarters such as an early Easter shifting Holy Week sailings into the first quarter in 2016 and the timing of new ship deliveries.