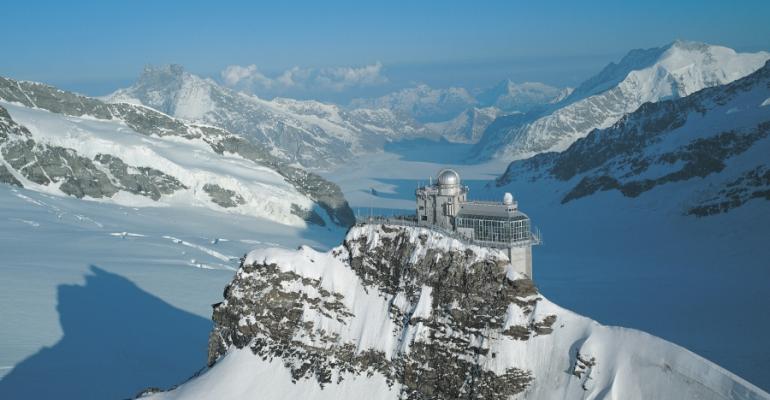 The Connecticut-based family-owned company started using its own-branded river ships in 2006, when it launched with Swiss Emerald.

Year-on-year the fleet has been expanding and next year Tauck will operate nine vessels on European rivers - five 361ft Jewel Class and four 443ft Inspiration Class - including two new ships, Grace and Joy.

Grace and Joy will carry 130 passengers, compared to 190 passengers on other vessels of the same size and feature 22 ultra-exclusive suites, each 300sq ft.

Also new for next year, Tauck is offering inclusive flights to/from departure ports plus a new Rhine cruise featuring a tour to Jungfraujoch - Europe’s highest railway station in the Bernese Alps, private tours, dinner and music at Schloss Ehreshoven, a moated German castle normally closed to the public and Schloss Johannisberg, a former Benedictine monastery with a 1,200-year history of wine-making and home to the first Riesling wine estate.

Tauck’s other European river voyages include several unique excursions along the Danube, Rhone and Seine.

Tauck launched a new UK sales and reservations office a year ago. Ray Steward, Tauck’s UK & Ireland manager, says: ‘Tauck has experienced continued growth through 2015 and there are some pockets of availability at the end of summer.  The singles market has gone particularly well, owing to Tauck’s no single supplement policy on Category 1 cabins.’

He continued: ‘there has been particularly strong interest from independent travel agents and home workers who appreciate that a high quality, all-inclusive product is not just a good-value proposition for affluent, discerning clients; it is also appealing to them - and even more so if the UK experiences the same high repeat booking rate that the US market does.’

Tauck is working with around 2,000 travel agencies in the UK and is a member of CLIA UK & Ireland.

Whilst average age of Tauck river passengers is 50+,  the company is targetting the family market in summer 2016 offering three so-called ‘Bridges’ sailings, one a piece on the Rhone, Rhine and Danube with family-focussed shorex including strüdel making, bicycle rides through forests and along the Danube, a taste of fondue and a trip ‘up’ the Alps, a scavenger hunt in the Louvre, making marzipan faces in Passau, dining in a fairy-tale castle along the Rhine and The Sound of Music in Salzburg.