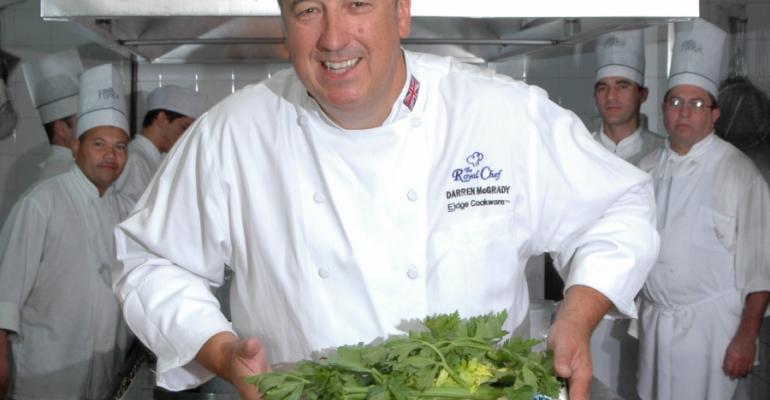 Each Windstar cruise now features an included private event with a regional focus.

McGrady is scheduled to join the June 19 'Idyllic British Isles' sailing as the private event host at Picton Castle, a 13th-century castle reserved for Windstar. Attendees will be served appetizers and sparkling wine, and a Welsh choir will perform.

Back on board that evening, McGrady will prepare a three-course 'royal feast,' explaining his selections and techniques course by course while telling stories from his time cooking at Buckingham Palace. Additionally, the chef will host an afternoon tea during the sailing to answer questions and share his favorite recipes.

McGrady is Windstar's second private event host announced in 2015, following Olympic gold medalist swimmer Mark Spitz as host of the Prickly Pear Beach private event on the 'Yachtsman’s Caribbean Voyage' in January. Spitz conducted a series of swimming master classes for passengers, along with a beach barbecue and music.

Other 2015 private events include a wine tasting and tour in Italy with a traditional Sicilian lunch, tapas and folk dance lessons and an equestrian ballet and sherry tasting, among others.

Additional celebrity hosts will be announced in the coming months.