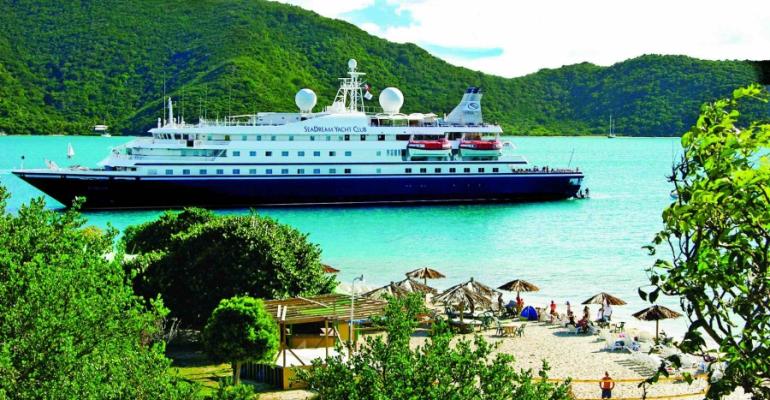 SeaDream Yacht Club opened reservations for all 2017 sailings, which focus on secluded harbors and ports of the Caribbean and the Mediterranean.

'The 2017 season exemplifies the true yachting experience as our mega-yachts call on small Caribbean destinations of Jost van Dyke in the British Virgin Islands and sophisticated secluded European locales including Paros in the Greek Isles,' SeaDream president Bob Lepisto said. Each itinerary visits multiple ports away from larger vessels where SeaDream passengers can explore ashore with no lines, he added.

Caribbean destinations include Saba; Culebrita and Vieques, Puerto Rico; St. Barts, Barbados, the French West Indies, the Grenadines and the US Virgin Islands. Easily accessible embarkation and debarkation ports such San Juan and Bridgetown ensure plenty of flight options to access SeaDream I and SeaDream II.

SeaDream's Caribbean cruises emphasize relaxation and rejuvenation. Travelers can take advantage of the SeaDream Spa and use water toys including stand-up paddleboards and wave runners, available in the yacht's marina. The Champagne and Caviar Splash is served at the beach, on china aboard a white linen-sheathed surfboard.

During the 2017 Europe season, both SeaDream yachts will sail along the Amalfi Coast, to the Aegean and Greek Islands, the Balearic Islands, the Adriatic Sea and Croatian coast, the French and Italian rivieras, Monaco and Turkey.

Exclusive harbors like Porto Cervo, where larger ships cannot go, are in the charts, and travelers can indulge in land adventures at their own pace using the yacht's complimentary mountain bikes to trek the hillsides of villages like Bonifacio on the French island of Corsica.

Four 13-day trans-Atlantic crossings give more time to indulge in all the two yachts have to offer including noted cuisine and the SeaDream Spa.