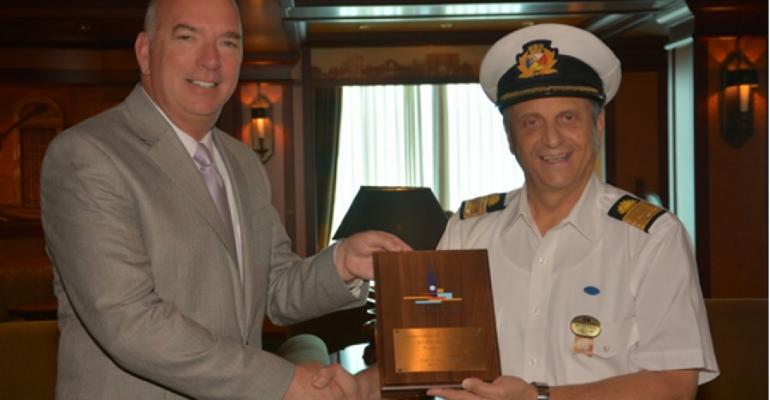 Princess Cruises hosted a plaque exchange ceremony on board Ruby Princess to mark the ship's maiden call at the Port of San Francisco. The 114,000gt vessel was alongside at the James R. Herman Cruise Terminal at Pier 27 from 7 a.m. to 11 p.m. Monday.

A number of volunteer cruise ship greeters were also on hand.

Ruby Princess called as part of a seven-night California coastal voyage. The ship arrived from Los Angeles and continued on to Santa Barbara.

On April 4, Ruby Princess will sail from Los Angeles to Hawaii, then to Mexico, and finally up the Pacific Coast to begin weekly cruises from Seattle to Alaska’s Inside Passage, from May 3 to Sept. 13.