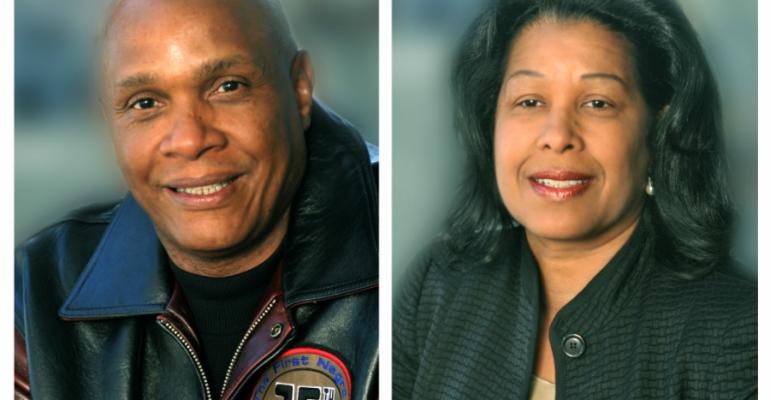 For the first time in the Port of San Francisco's 152-year history, two African-Americans hold the offices of president and vp of the Port Commission during the same term.

Adams and Brandon will fill the top roles in 2016. The only other African-American to serve on the Port Commission was the late Dr. Arthur Coleman, from 1981 to 1992.

'I look forward to working with my fellow commissioners, port staff and Mayor Lee to carefully manage the port’s enterprises so they continue benefiting all the citizens of San Francisco,' Adams said.

The port is governed by a five-member board, with each member appointed by the mayor and subject to confirmation by the city's Board of Supervisors. Each commissioner is appointed to a four-year term.

Adams is the international secretary-treasurer of the International Longshore & Warehouse Union in San Francisco. He was appointed to the Port Commission by Mayor Edwin M. Lee and confirmed by the Board of Supervisors in 2012.

Adams has extensive international ports experience. His domestic political experience includes fostering close relationships with US senators and representatives on port infrastructure and transportation issues, and he has worked closely with the bi-partisan Port Caucus and cabinet officials at the US Departments of Transportation, Commerce and Labor.

A culture advocate, he produced several award-winning documentary films including 'Hughes: Dream Harlem,' about Langston Hughes, and 'The Black Composers,' including Billy Strayhorn, Quincy Jones and Stanley Clark. Previously he served on the San Francisco Film Commission beginning in 2009.

Brandon, svp and wealth adviser with Morgan Stanley, was appointed to the Port Commission by Mayor Willie L. Brown Jr. in 1997. She was elected president in 2000, 2001, 2008 and 2011 and served as vp during nine years. She is the first African-American woman on the Port Commission.