Seatrade Cruise Personalities of the Year are honored 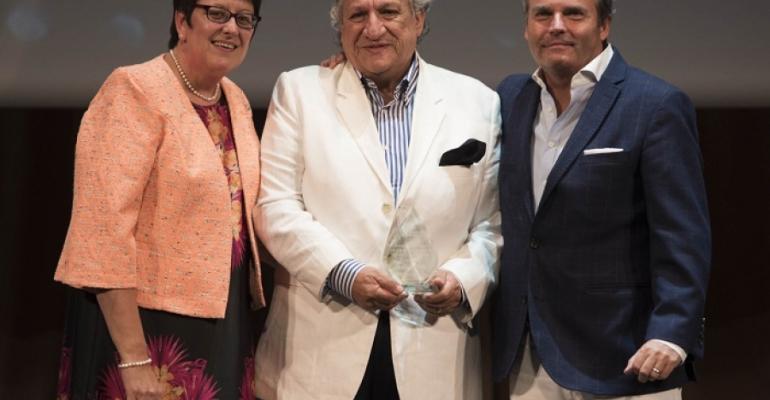 Seatrade Cruise Personality Mehmet Kutman of Global Ports Holdings started his career in banking before moving into the tourism sector. In 1990 he set up an investment company and identified cruise ports and terminals, among other key markets, for expansion.

Kutman had the foresight to identify cruise handling as an area for growth, predominantly in the Mediterranean, but also beyond. His initial project involved a port in his home country, Turkey, where he saw the business opportunity to invest in drawing more cruise ships to the area and the benefit cruise tourism brought to the local community in jobs, opportunities for suppliers, service providers and local attractions.

Following the success of this launch Kutman expanded in Turkey and identified other ports in the Mediterranean and its adjoining seas for future growth. Today his company is listed on the Turkish stock exchange. Global Port Holdings is the world’s largest cruise port management company, and Kutman serves on the board of 11 cruise ports and terminals.

Seatrade's Outstanding Contribution to the Cruise Industry Award went posthumously to Giuseppe de Jorio, who died in February. During a career spanning 60 years de Jorio became one of the most prolific and accomplished figures in the history of marine interior design, leaving his thumbprint on the interiors of 220 cruise ships, ferries and large yachts.

Clients have included blue-chip shipowners ranging from Achille Lauro and Nicola Costa to Aldo Grimaldi and Gianluigi Aponte, as well as iconic figures outside cruise such as Prince Rainier of Monaco. De Jorio worked with major shipbuilders like Fincantieri and T. Mariotti.

Among nominations received by Seatrade in respect of this award two descriptions stood out: ‘A wonderfully modest person who led his design studio from the front but was always respectful of others' ideas and teamwork’ and ‘A gentleman who demonstrated a professionalism, wide knowledge and humanity, he changed the idea of cruise ship design seeing himself as a town planner treating a vessel as an iteration of a town, but at sea.'

Originally from Naples, de Jorio located his studio in Genoa, and his legacy continues today, having passed his passion for marine interior design to sons Marco and Vittorio, who worked alongside their father since the late 1980s.

Accepting the award on behalf of his father, Marco de Jorio called him 'a special man and a great professional' who never forgot that people should be the focus of any design.

Tura Turizm's Erkunt Oner, who received the Seatrade Lifetime Achievement Award for Services to Cruising, has been a great and resolute advocate for the cruise industry for almost 50 years.

He began his career in travel five decades ago when he founded his own company, still thriving today, on little more than his passion for visiting other countries and meeting people. His love affair with the cruise industry began shortly after, in 1967, when he first operated a chartered cruise vessel. In the mid 1980s, he even built and launched his own cruise ship.

Oner has always been a visionary, establishing relationships early on with cruise lines in an effort not only to bring ships to Turkey, but also to promote cruising to Turkish people.

He has given his time freely to support marketing efforts for all Turkish ports, which today number 19.

Despite the current challenges facing Turkey, Oner continues to work tirelessly in promoting cruising to and from his country, the Black Sea and surrounding region.

He is highly regarded for his vast knowledge, commitment and creativity.

Accepting the award, a clearly emotional Oner called it a great surprise. 'Seatrade has been, from the beginning, the cruise industry's biggest supporter,' he said, adding that over 50 years, he, too, has always tried to to support cruising.

Seatrade Cruise Awards winners—Port of the Year, Destination of the Year, Supplier of the Year, Environmental Initiative and Innovative Shorex—were also announced.