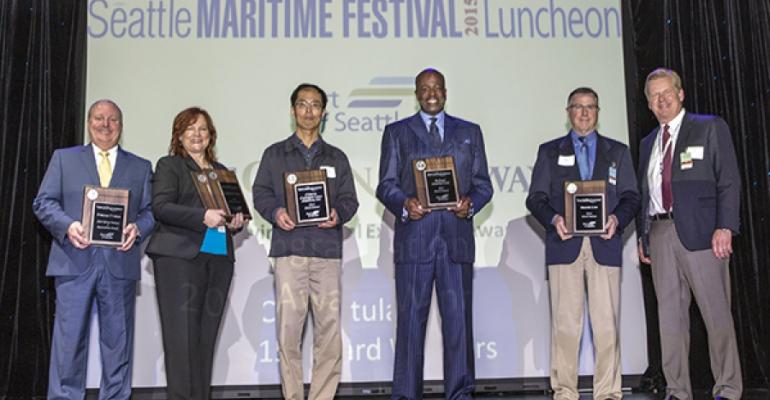 Princess was named as 'Most Innovative Partner' of the bunch.

The line's use of low sulfur fuels beyond the required levels and zero discharge of ballast water in Puget Sound contributed to its high scores in the Air & Energy and Wastewater categories. Princess also participates in an emission control technology research project on three vessels, makes extensive efforts to minimize waste streams and has a process to return expired chemicals and pyrotechnics to the supplying vendors.

Celebrity's use of low sulfur fuels beyond the required levels and energy efficient water consumption practices contributed to its scores in the Air & Energy and Wastewater categories. The line also earned points for innovative programs to engage crew and passengers in sustainability efforts.

Holland America’s zero discharge of ballast water in Puget Sound and progressive energy efficiency and waste management practices contributed to its high scores. The line also earned points for propulsion and handling systems that allow its vessels to routinely maneuver without tugboats.

Royal Caribbean’s use of low sulfur fuels beyond the required levels and initiatives to reuse and reduce gray water contributed to its high scores in the Air & Energy and Wastewater categories. Further innovations included re-use of waste heat from the engines to heat shower water.

Scoring for the Port of Seattle's 'Green Gateway' program was determined by analysts from Cascadia Consulting Group and Glosten Associates based on submitted application materials.