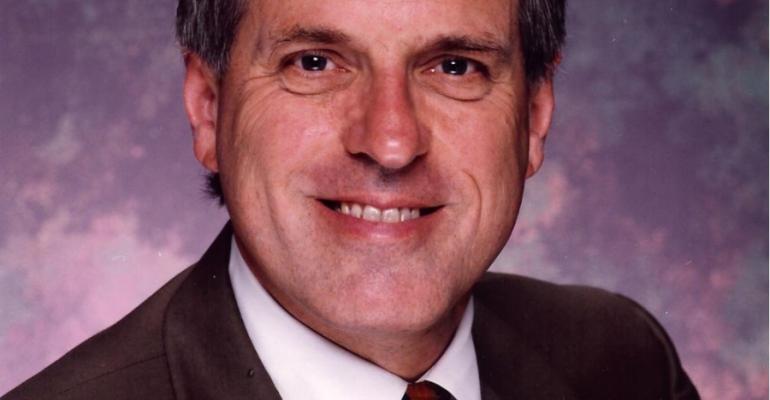 Bruce Nierenberg - should demand warrant, a second ship could join the fleet a year from now

Victory Cruise Lines is about to sail. The maiden voyage, July 8 from Montréal to the Great Lakes, is a sold-out charter.

'This is a continuation in a way,' Nierenberg said, explaining the fast start-up for Victory 1, which sailed briefly last year as Saint Laurent. Tour operators liked the ship, and they needed berths to satisfy demand after its charterer, Haimark Line, ceased operating.

The vessel has been acquired from Bahamas-based Clipper Group by three European private investors, including Copenhagen's Albatros Travel, a company that operates expedition cruises and tours around the world. Cruise Management International, led by Ken Engström, is providing deck and engine management while sister company CMI Leisure, led by president Dietmar Wertanzl, is providing hotel operations.

Victory Cruise Lines is based at CMI offices on Miami's Biscayne Boulevard, and Nierenberg is relocating from Orlando to work there. With plans for his Cuba ferry business on hold—Cuban officials put ferries on the back burner for now because of limited hotel space—Nierenberg had helped Haimark plan its Cuba cruises last year and get berthing slots.

That's how this veteran senior cruise line executive got interested in the small-ship business. Known for his entrepreneurial zeal, Nierenberg held leadership roles at several large lines and was an early proponent of out-island cruising, the seven-day western Caribbean itinerary at a time when most ships sailed east, and family cruising. Lately, he's focused on Cuba.

Victory 1's owners have an option from Clipper to acquire Saint Laurent's sister ship (built as Cape Cod Light and currently called Sea Discoverer, on charter as an accommodations vessel in Europe). Should Victory Cruise Lines take off, a year from now there might be a Victory 2.

Meanwhile, Nierenberg is confident there will be demand for Victory's Americas itineraries.

'Travel patterns are shifting because of terrorism. Americans are a little bit scared about going abroad,' he said. Mature travelers, particularly, seek vacations closer to home.

'I think this is not a short-term phenomenon. I think it will be this way for awhile,' Nierenberg predicted.

Small ships are in demand, too. He noted how companies are lining up to build small expedition vessels.

The 5,000gt Victory 1 carries 202 passengers and 90 crew. The ship was renovated before its service for Haimark, and is in great condition, Nierenberg said. It will offer 'close to five-star service,' and 'the food is going to be really good.'

The focus, though, is destination cruising. Canada/New England and the Great Lakes offer many interesting ports ideal for small ships, and Cuba is going to be a 'firecracker,' as Nierenberg put it. The 14-night Cuba circumnavigation has eight destinations in five regions, all fascinating and different, he said, and the tours will offer true people-to-people interaction.

Victory Cruise Lines is tapping into Albatros for its back-office management and reservations system, and the company's sales representatives around the world market it internationally, from Scandinavia to China and Japan.

Victory also intends to have FIT customers in the mix. Inquiries on the company's website will get a response from a live agent within 24 hours who directs them to a geographically appropriate travel agent who's signed on with Victory. Nierenberg said the agent program is just now being developed.

Victory 1 is due to sail this Friday from Green Cove Springs near Jacksonville, Florida, to Montréal, arriving July 6, two days ahead of its first voyage, a Go Next charter.

The Bahamas-flagged ship has an international crew, a Scottish captain and a well-known cruise director, Michael Crowe, who worked for Victoria Cruises on the Yangtze, the Queen Mary in Long Beach, Norwegian Cruise Line and Cunard.

Victory 1 will sail nine-night cruises of the Great Lakes and the St. Lawrence from Montréal, Chicago and Toronto through September before operating a 14-night program to Gloucester, near Boston, that visits ports in Québec, Atlantic Canada, Maine, Provincetown on Cape Cod, Newport and Salem.

After that, people-to-people Cuba cruises are planned through the winter, pending Cuban approval. Nierenberg hopes the Oct. 28 voyage can operate round-trip Port Canaveral, the first time a cruise from Central Florida has sailed to Cuba. After that, sailings will be from PortMiami.

All cruises include a shore excursion in each port, and some exclusive tours are being arranged.

For example, Victory is working with Bruce O'Hare's Lakeshore Excursions on a special program at Mackinac Island, a resort destination in Michigan's Upper Peninsula where most vehicles are banned. Victory 1 passengers will travel by horse carriage to the historic Grand Hotel for lunch.

At Niagara Falls, they'll explore on the Hornblower boat and have lunch at Niagara-on-the-Lake, a full-day program.

Aboard ship, wine and beer are included at lunch and dinner, along with a nightly cocktail party. Special themed afternoon teas will delight passengers, Nierenberg said. Servers will dress like maharajahs for the Darjeerling Tea, in Mozart-era garb for the Viennese Tea and as Beefeaters for the English Tea.

'The quality will be good, and we'll make it fun and lighthearted,' he said.

But Nierenberg expects Victory to stand out for its 'super-duper itineraries.'

Pricing is going onto victorycruiselines.com in coming days. The nine-night Great Lakes cruises will start at $5,889 per person, double occupancy, plus $399 for port charges. The 14-night Cuba cruises from Miami start at $8,990, plus $499 in port charges. All itineraries include an excursion at each port, wine and beer with meals, nightly cocktail party and a basic Wi-Fi plan. Gratuities of $15 per person, per day, are extra.