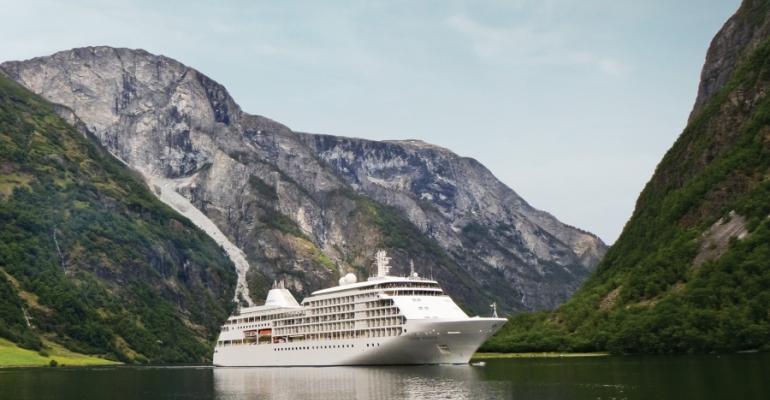 Bookings opened for Silversea Cruises' 2017 program that features longer, more port-intensive itineraries and more than 800 destinations around the globe. Among them is what's being touted as the first cruise ship call at Bangladesh.

The 2017 world cruise sails from San Francisco to Monte Carlo in 116 days, with 62 destinations in 25 countries. Silver Whisper will chart a westward path to Hawaii, the South Pacific, New Zealand and Australia. Bali, Sandakan, Shanghai, Hong Kong and Singapore are on the itinerary before India, Arabia and the Mediterranean.

Silver Spirit will sail around South America in a 63-day voyage from Fort Lauderdale. Highlights include the Panama Canal, two days cruising Chile's fjords, a two-day stopover at Rio de Janeiro during Carnival plus overnight calls at Buenos Aires and Callao (gateway to Lima and Machu Picchu).

Dozens of cruises to the Mediterranean, northern Europe and Baltic are offered, from the Greek Isles to the British Isles and Scandinavia. Sailings range from seven to 17 days.

A Silver Spirit cruise from Barcelona to Civitavecchia (Rome) will overnight at Monte Carlo on May 27, during the Grand Prix Formula One racing event. The ship will overnight at Venice July 15 and 16 during the Festa del Redentore, offering travelers the opportunity to experience the fireworks and festivities.

Two Silver Wind voyages in September will overnight at Hamburg during the port's annual Cruise Days event, with special attractions and entertainment.

On two Silver Cloud sailings and seven Silver Wind cruises the ships will navigate the Thames River to dock near (or depart from) Tower Bridge in the heart of London. Silver Wind and Silver Cloud also sail through the narrow Corinth Canal on a total of three voyages.

Silver Shadow returns to Alaska on 16 week-long cruises between Seward and Vancouver.

And a pair of Silver Shadow voyages provide multi-day stopovers in Myanmar so passengers can explore its golden pagodas and ancient temples in depth.

Fresh from an extensive refurbishment and conversion into an ice-class expedition ship, Silver Cloud launches Antarctica voyages in November and December, sailing mostly round-trip from Ushuaia.

Silver Discoverer's six expedition cruises along Australia's Kimberley Coast from March to May highlight an exotic program that encompasses Madagascar, Seychelles, Indonesia, Melanesia, Micronesia, Russian Far East and remote Alaska. On the schedule is a new 16-day, Colombo-to-Kolkata sailing to explore the Andaman Islands and visit Bangladesh, to see Chittagong, Maheshkhali Island and the Sundarbans, one of the world's largest mangrove forests and a UNESCO World Heritage Site.