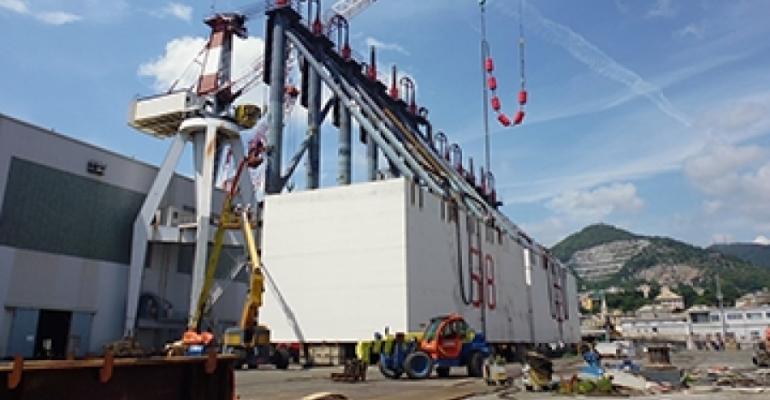 One of the sponsons that will be attached to the wreck
Installation of the sponsons needed to refloat Costa Concordia from atop its underwater platform at Giglio continues.

Over the weekend, work continued to complete the positioning of S5, the eighth of the 15 sponsons that will go on Concordia's starboard side.

In the meantime, sponson S13, renamed S18, has begun its journey back to Giglio on board the pontoon MAK after repairs were completed in Genoa. That sponson had come loose during its positioning in early May.

The Parbuckling Project reports more than 300 people are working 24/7 in Giglio to prepare the wreck for the refloating in July.