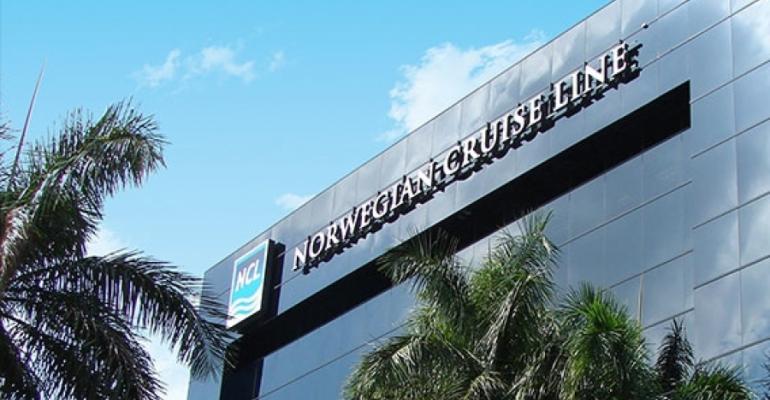 Buoyed by strong pricing fleetwide and the addition of Norwegian Escape, Norwegian Cruise Line Holdings delivered a fourth quarter that squarely met Wall Street expectations for an adjusted profit of $117.3m, or 51 cents per share, up from 36 cents a year ago.

Guidance for 2016 includes a Q1 profit in the range of 34 cents to 39 cents per share, compared to the 34-cent consensus, and for the full year, $3.65 to $3.85, versus the $3.78 consensus. The strengthening dollar and Eastern Mediterranean weakness are expected to shave about a dime from EPS.

2015's performance was characterized by strong net yield growth driven primarily by the go to market strategies aimed at driving demand that were introduced earlier in the year and the successful launch of Norwegian Escape, NCLH president and ceo Frank Del Rio said.

'Our record fourth quarter results, which included adjusted EPS growth of 42%, driven by a 7.4% increase in constant currency adjusted net yield on a combined company basis mainly from improved pricing on same fleet operations, demonstrates just how successful our strategies have been,' Del Rio added.

'Our strong booked position coming into the year provides us more pricing leverage during wave season and beyond for remaining inventory than in years past,' Del Rio said. Core itineraries in the Caribbean, Alaska and Bermuda are performing strongly and more than make up for softness in the Mediterranean region caused by geopolitical events and incidents in recent months, he added.

When combined with the strengthening of the US dollar, anticipated earnings for the year are expected to be reduced by approximately 10 cents per share.

Del Rio said the strength in NCLH's North American destinations, as well as encouraging booking volumes for early 2017, give further confidence the company will be able to reach double-digit return on invested capital in 2016, growing to 14% by 2018, and exceeding $5 adjusted EPS in 2017.

In Q4 approximately $100m, or 1.7m shares, were bought back under the company's previously authorized three-year, $500m share repurchase program.

During the current quarter, NCLH has executed a sale agreement for certain land-based operations in Hawaii. The transaction is expected to be completed during 2016 and is considered immaterial to results for the current and prior year.