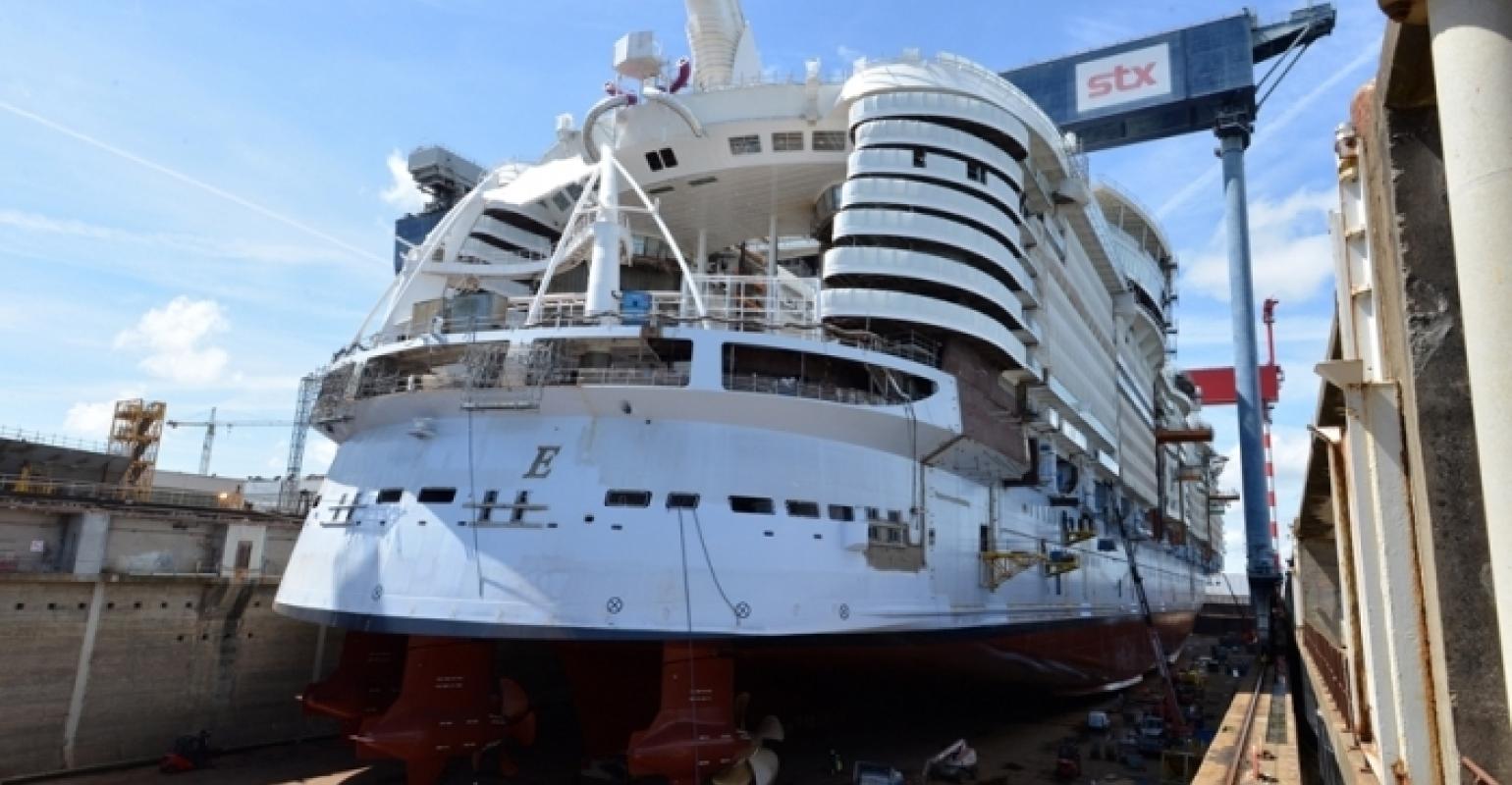 The deal reportedly satisfies Fincantieri's demand for 51% control of STX France but gives France the right to take back 1% if industrial and employment commitments aren't met. Symphony of the Seas is pictured in the dock at Saint-Nazaire prior to its float-out in June
Closing two months of dispute and negotiations between France and Italy, a solution has been found for the new ownership structure of major cruise shipbuilder STX France.

The shared ownership agreement was signed off by French President Emmanuel Macron and Italian Prime Minister Paolo Gentiloni on Wednesday at a bilateral summit in Lyon.

In order to give Fincantieri effective control, the French state will lend it a 1% stake, but will have the right to get it back if Fincantieri doesn’t comply to its commitments on jobs, governance or intellectual property.

This right to withdrawal will be discussed again after 2, 5, 8 and 12 years.

The new Board will have eight member – four Italian, including the president and general manager posts, two will represent the French state, one the Naval Group and one from STX staff.

Of the 80 cruise ships on order, over half are being built by STX France and Fincantieri yards.