Thomson acquires another Royal Caribbean ship, Legend of the Seas 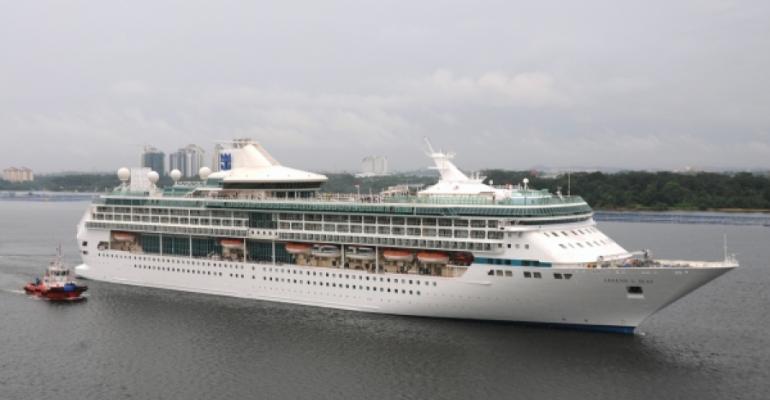 Thomson Cruises is buying the 69,130gt Legend of the Seas from Royal Caribbean International for an undisclosed price. The ship will be renamed TUI Discovery 2 and join the Thomson fleet in May 2017.

The 1995-built Legend of the Seas, with 1,832 lower berths, is a sister of the soon-to-be launched TUI Discovery (ex Splendour of the Seas) and will increase the Thomson fleet to six ships.

Legend of the Seas and the 1996-built Splendour of the Seas are Vision-class ships, both built at Chantiers de l'Atlantique in Saint-Nazaire, now STX France. Legend's final sailing for Royal Caribbean will depart March 13 next year. The company said all officers and crew will be assigned to its other vessels worldwide.

The transaction will result in an immaterial gain for Royal Caribbean.

For Thomson this marks four ships in the next four years as the previously announced Mein Schiff 1 and Mein Schiff 2 will be acquired from TUI Cruises in 2018 and 2019, respectively.

TUI Discovery 2 will sail from a Mediterranean homeport, to be announced. Bookings will open this July.

The ship, which underwent a $50m revitalization in early 2013, will offer all-inclusive dining options, eight bars and activities and entertainment including an outdoor poolside movie screen, a rock-climbing wall, a mini-golf course and an indoor swimming pool and spa.

'It’s an exciting time at Thomson Cruises as we bring to life our modernisation and transformation strategy to benefit UK cruise customers,' said Helen Caron, md of Thomson Cruises. 'This investment is another sign of our cruise business being a focus for driving growth in TUI UK and the wider TUI Group.'

She added TUI Discovery 2 will help attract a 'broad and new customer base.'

Meanwhile, TUI Discovery is set for its maiden voyage next week, on June 11.

[See related story on how Legend of the Seas' exit will change deployments for Rhapsody of the Seas and Vision of the Seas.]