Time for agents to capitalise on Indian source market demand 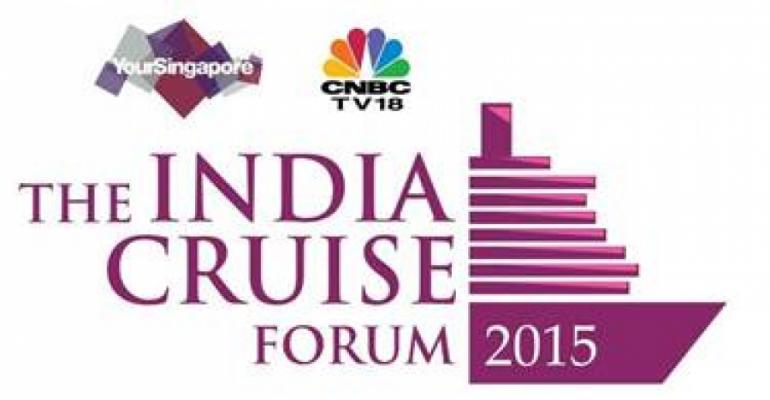 The Indian Cruise Forum, organised by Singapore Tourism Board and held in Mumbai firmly put the horse before the cart when it started today with an official travel agent training program.

Chang who used to head STB's cruise division some years before, shared some of his personal encounters in trying to select cruises.

Dr Ngaire Douglas, who was appointed by CLIA to train over 50 travel agents from across India, went through some of the paces. She highlighted why people like to cruise and why and how agencies should make it a one-stop proposition.

‘Cruising has the highest level of satisfaction than any other mode of travel experience and has repeat customers,’ she added.

She said some 26 cruise brands operate or are planning to operate in Asia. Royal Asian Cruise Lines, as a potential start-up, was mentioned.

Princess and Costa are targeting 10% of passengers from India and you have their backing, Douglas encouraged her target audience.

STB has been collaborating with CLIA Southeast Asia to build knowledge and hold training sessions for travel agencies around the region.

Given the confluence of increasing disposable income, decreasing cost of international fare and increase in affordable travel packages, UNWTO predicts that Indian outbound travel will hit 50m by 2020, making it one of the world’s fastest-growing outbound markets.

India has immense potential to grow as a cruise outbound market and the aim is to empower companies to leverage on these opportunities.

Aparna Thakurdas who together with her husband owns and runs Cruise Bay, told Seatrade Insider that over the past six years since they have been in the cruise travel business their sales/passenger numbers have more than doubled. ‘It's a great business to be in!’ she smiled.

Travel agency owner Jitul Mehta, who has been involved in travel sales since 1996, set up a dedicated cruise arm six months ago, as he sees a huge potential in selling cruise products to Indians.

‘Just imagine only about 125,000 Indians cruise, compared to the 20m or so who traveled overseas.’  He said it is time to gear up and start selling cruises to Indians. There is a general feeling that that there is pent-up demand and agents are hungry to sell more.