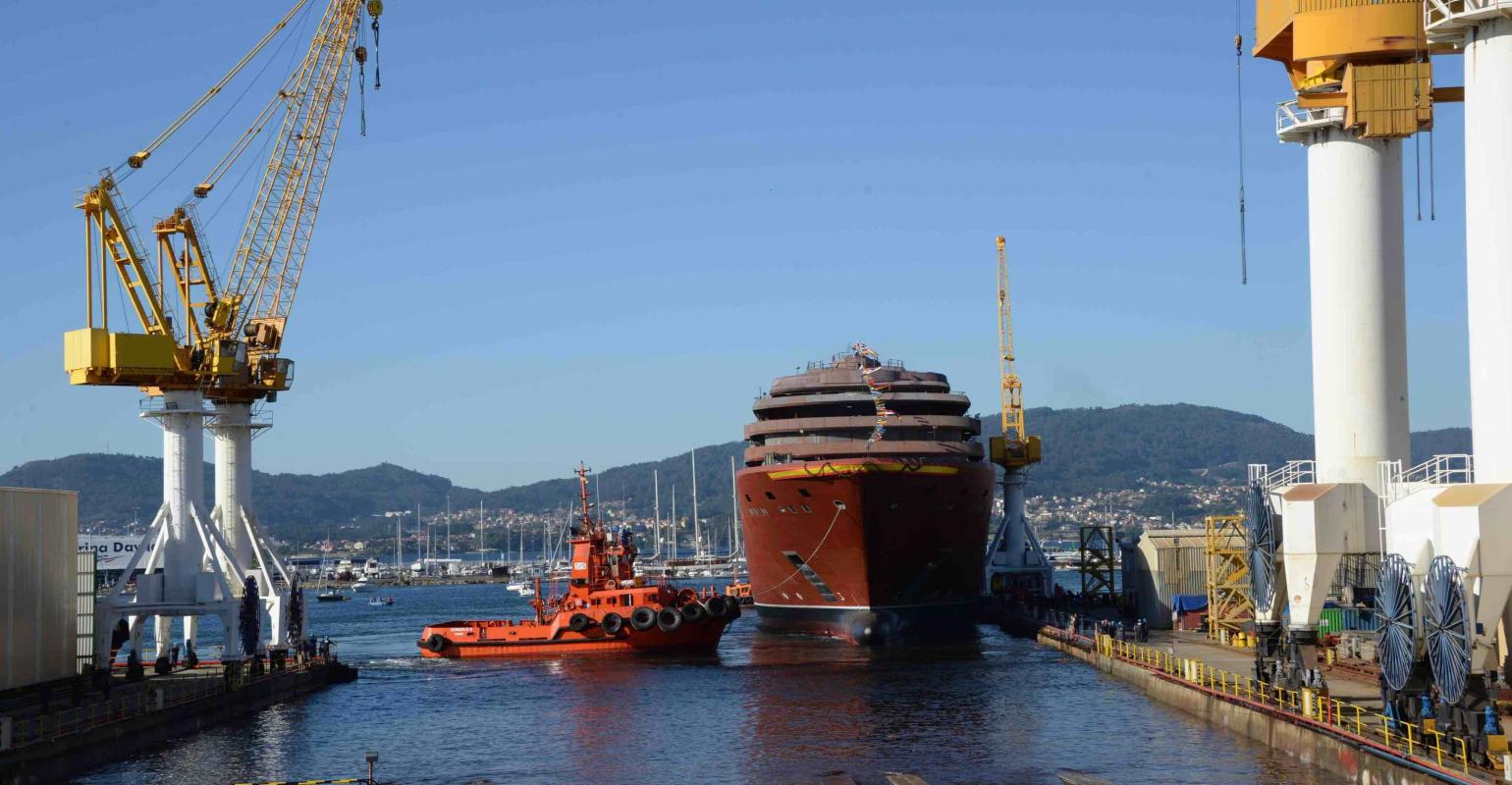 Festooned with garlands, flags and red and yellow bunting—the colors of the Spanish flag—Ritz-Carlton's first yacht moved down the slipway in a traditional launch at Hijos De J. Barreras Shipyard in Vigo.

The launch itself took less than a minute, raising cheers, whistles and applause from the VIP guests, yard workers and their families assembled for Tuesday's event. Once afloat, the vessel was secured by tugs. Wth the superstructure now complete, interior outfitting can begin, leading up to delivery one year from now.

Switching to Spanish, Prothero also thanked the Barreras workers for their long hours and dedication to the project.

The 24,000gt, 298-passenger luxury yacht is the first of its kind built in the long history of HJ Barreras, chairman José García Costas noted. The float-out took place 'nine months less two days' after the keel-laying, he said.

After the speeches, scarcely had a bishop blessed the hull and sprinkled holy water before the yacht began to glide, stern first, down the slipway against a backdrop of sailboats in the bay.

Customer reaction 'off the charts'

Customer reaction to The Ritz-Carlton Yacht Collection has been 'off the charts. It's exceeded expectations,' Timothy Grisius, global real estate officer for Marriott International, said at the launch festivities.