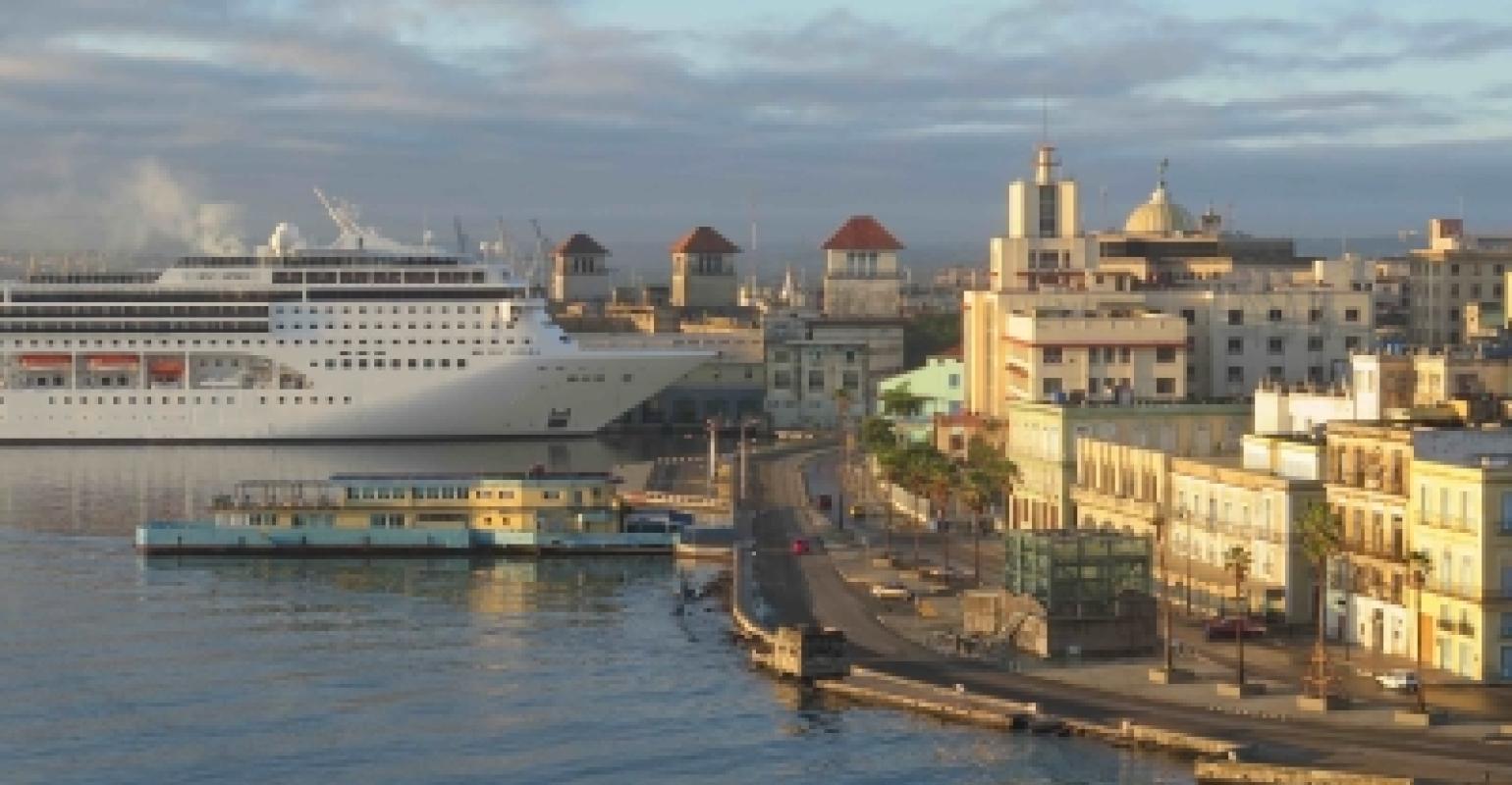 Will cruises to Cuba have to end immediately, or at some future date? Here, a ship in Havana PHOTO: Anne Kalosh

Tuesday evening update: Royal Caribbean became the first line to announce itinerary changes, to the June 5 and June 6 sailings, which will no longer stop in Cuba. Cruise operators are reeling with uncertainty from the Trump administration's decision to halt sailings to Cuba from the US.

'The United States will no longer permit visits to Cuba via passenger and recreational vessels, including cruise ships and yachts, and private and corporate aircraft,' a Department of State spokesperson said Tuesday.

Group people-to-people educational travel — the broad category under which cruises from the US were also allowed to operate — is ending, too. However, this travel would be 'grandfathered' for consumers who have already made a transaction, such as buying a flight or reserving accommodation, by June 5.

It wasn't clear if that applies to cruise reservations. It may not matter.

The Department of Commerce’s Bureau of Industry and Security, in coordination with the Office of Foreign Assets Control, is amending Export Administration Regulations to make passenger and recreational vessels and private and corporate aircraft ineligible for a license exception and to establish a general policy of denial for license applications involving those vessels and aircraft.

This indicates cruise ships are 'effectively ineligible for the necessary permits from Treasury and OFAC to leave the US for Cuba,' according to Collin Laverty, president of Cuba Educational Travel.

'There is no language about an exception for cruise ships or a delay, meaning these go into effect tomorrow, June 5th, 2019, and immediately halt cruise travel,' Laverty told Seatrade Cruise News. 'I believe the cruise industry is scrambling to determine what to do with cruise passengers in the coming day and if there’s a way to get permission for the ships to proceed as planned.'

Lines are assessing the changes

Operators contacted by Seatrade Cruise News could not confirm if cruises have to halt immediately or at some future time.

'MSC Cruises is currently reviewing and working through the details of the administration's Cuba policy announcement made earlier today to assess the scale and timing of its effect on its cruise sailings from the US to Cuba,' an MSC Cruises spokesperson said.

'We are closely monitoring these recent developments and any resulting impact to cruise travel to Cuba,' Norwegian Cruise Line Holdings said. 'We will communicate to our guests and travel partners as additional information becomes available.'

In 2018, of the 4.75m international visitors to Cuba, approximately 800,000 people arrived by ships belonging to 17 lines, according to Cuba's Ministry of Tourism.

Since the first post-Castro-era cruises from the US to Cuba began in May 2016, lines have talked about their appeal while also stating the destination comprises a small portion of their overall business.

In an earlier analysis of the public companies' exposure to Cuba, Wells Fargo Securities found that Cuba accounts for 1% of Carnival Corp.'s capacity allocation, 4% of Norwegian Cruise Line Holdings' and about 2.5% of Royal Caribbean Cruises Ltd.'s.

Assuming Cuba premiums of 30%, 50% and 70% versus a sample of average Caribbean yields for CCL, NCLH and RCL, the brokerage estimated annual earnings per share impact as 4 cents to 8 cents for CCL, 12 cents to 28 cents for NCLH and 19 cents to 45 cents for RCL.

Changes to the US policy on Cuba travel were signaled on April 17 by National Security Advistor John Bolton, however he gave no details at the time.

Today, the Department of State said the travel policy actions are directly linked to the tourism industry, which has strong economic ties to the Cuban security, military and intelligence sectors in Cuba. 'Veiled tourism has served to line the pockets of the Cuban military, the very same people supporting Nicolas Maduro in Venezuela and repressing the Cuban people on the island,' a Department of State spokesperson said.

Laverty of Cuba Educational Travel condemned the new policy as 'political grandstanding aimed at Florida in the run up to the 2020 elections' and said millions of Cubans will feel the crunch from fewer US visitors, while 'it's terrible' for companies that provide jobs and pay taxes in the US.