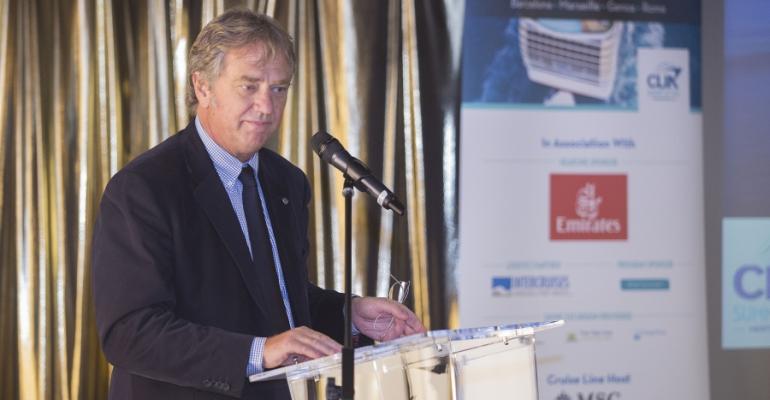 Pierfrancesco Vago, executive chairman of MSC Cruises and chairman of CLIA Europe opened the first CLIA Summit at Sea with a call for increased expansion of European ports together with infrastructure upgrades.

Speaking to an audience that included senior executives from ports, destinations and cruise lines, Vago stressed that port infrastructure is a necessary investment to open new routes and destinations.

More than 120 delegates are attending the inaugural Summit at Sea being held on board MSC Preziosa over three days.  The event is a new platform designed to engage with industry colleagues and cruise lines. The Summit at Sea will also offer educational content covering port development and operations, destination development and itinerary planning, environment, safety and security, port facility inspections and shore excursions among others.

The first business session focussed on port development and operations with Barcelona, the departure port for the Summit at Sea, being described as a 'model' port in terms of investment coming from the port, cruise lines and the private sector.

Delegates were polled on how many European guests they could expect to see by 2030 taking a cruise as a holiday choice with a large number of delegates suggesting 14m passengers, which would represent a three and a half per cent penetration rate amongst the population of Europe.  This percentage is the same as that presently achieved in North America and Australia. Delegates acknowledged there was a huge opportunity for both Europe and the Mediterranean.

More cruise ships are currently on order than at any time in history.  Between now and June 2022, a cruise ship is scheduled for delivery on an average of every 41 days - an unprecedented number never before witnessed, and almost every one of these ships are being built in European shipyards.